'I voted for the future of this country', DA leader Mmusi Maimane 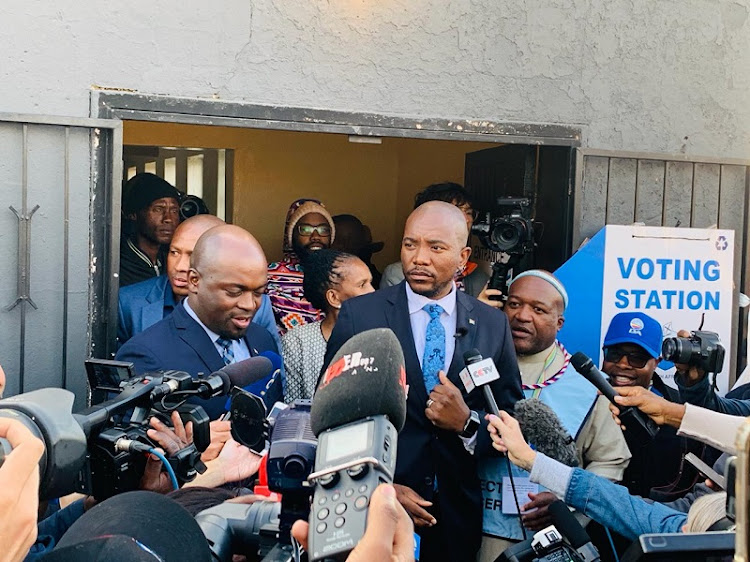 It was just after 6am, and as one drove onto the heart of Soweto, South Africa's world renowned township on Wednesday morning, one got the feeling that this was indeed election day.

The usually busy streets and traffic jammed roads were very calm as people who usually head to work around this time were either already queuing up at their various voting stations or at home, preparing to go out at the first sign of daylight.

There were just a few brave souls on the streets, jogging in the icy weather. It was during these conditions that opposition party, the Democratic Alliance's leader Mmusi Maimane arrived at the Presbyterian Church in Dobsonville where he cast his not so secret vote.

Maimane was all smiles, greeting all, and proceeded to queue among the other voters. The DA boss was flanked by DA’s Gauteng premier candidate Solly Msimanga.

“My vote is not a secret,” said Maimane. “I’m voting for the future of this country.” Close by, Nobuntu Gcaba who became one of the first people to successfully cast their votes, told SowetanLIVE that she had voted for change.

“I came to vote for change. I want change a lot because I have children who want to go to varsity but I don’t have money to take them. There are no jobs so they stay at home,” she said.

She said she believed there would be change this time around based on the promises made by her party which she said were believable.

Mmusi Maimane not the face of the DA

Maybe the party is not sure whether Mmusi Maimane is fit to become SA president.
Opinion
3 years ago
Next Article