Letoya Makhene on leaving Generations: It was a spiritual decision 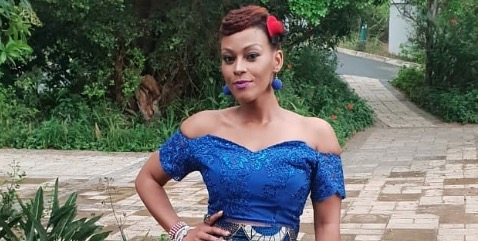 After four years on Generations: The Legacy, Letoya Makhene has left the popular soapie.  A decision she said was a spiritual one.

The actress, who played the role of Tshidi Phakade, told Drum magazine that she left the popular soapie to focus on her music career.

She released a song with her father, legendary musician Blondie Makhene, last year but said it was not as successful as she had hoped because she did not have enough time to promote it.

Something she hopes will change now that she has left Generations.

She said that she had contemplated leaving for about a year but said she needed to take it to God.

"Leaving Generations was a spiritual decision and I needed to speak to God about it. I sat everyone down to tell them. They tried to convince me to stay but I believe my decisions were led by God."

She now also looks forward to spending more time with her kids.

Letoya welcomed a baby in 2017, which saw her take a break from screens for several months. When she returned last year she told TshisaLIVE that she experienced separation anxiety.

"The most difficult part of returning to Generations was the separation anxiety. It is a real thing. I missed my baby so much. I had it for a good part of the build up to me returning to work and a little after I had started again. I had it worse than with any of my other kids. I honestly think it is because I am older now."