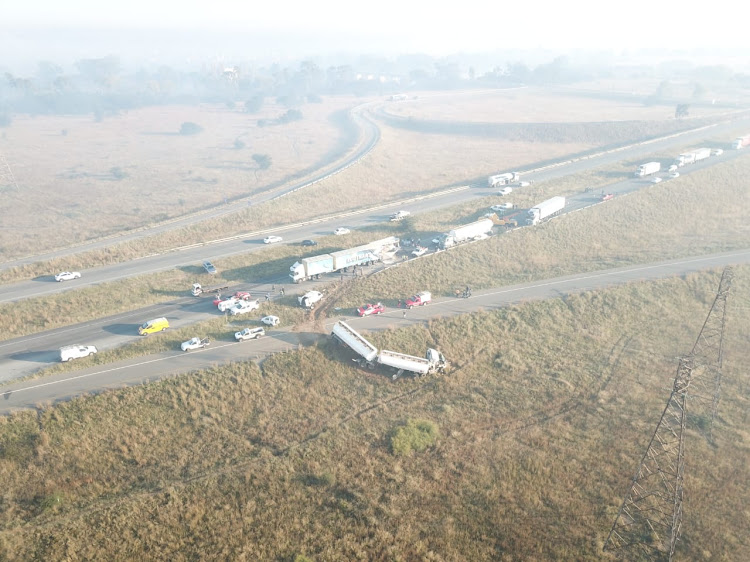 Heavy morning mist is believed to have contributed to this nine-vehicle pileup in Sasolburg early on May 1 2019
Image: ER24

Five people were injured on Wednesday in a nine-vehicle collision on the R59 south-bound highway in Sasolburg.

Paramedics were alerted at 5am, said Russel Meiring of ER24.

The vehicles, including trucks, were blocking the entire south-bound section of the highway.

Of the vehicles' occupants, five had sustained injuries ranging from minor to serious.

One patient had already been transported privately to a nearby hospital before the arrival of paramedics.

"It is believed that the heavy morning mists played a contributing factor to the cause of the collision," said Meiring. "Local authorities were on the scene for further investigations."

An alleged illegal miner had both his legs amputated by a digger in the City Deep area of Johannesburg on Sunday morning, paramedics said.
News
2 years ago
Next Article