Union has had enough of attacks on warders 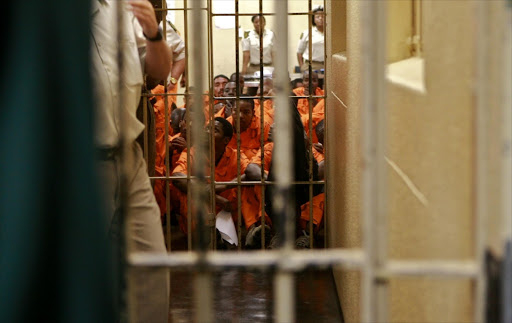 The SA Correctional Services Workers Union (Sacoswu) has called on government to do more in order to stop attacks on prison warders across the country.

The call comes after two correctional services workers were attacked on Friday.

The employees were stabbed by inmates at the Goodwood prison in Cape Town. They survived the attack.

"Enough is enough, this has to stop. It is high time that the department [of correctional services] be litigated for these negligent incidents from its side. The department gave offenders more rights than our own officials. The trend will show that offenders target the weekend knowing exactly that centres are short-staffed," said Rathebe.

She added that there was an alleged attempt on correctional services workers at the St Albans prison in Port Elizabeth on Sunday. The department said no such incident was reported at the facility.

Department spokesperson Logan Maistry said the situation at Goodwood had stabilised and internal investigations, in conjunction with the police's Anti-Gang Unit, have begun.

Maistry said preliminary investigations revealed that both officials were stabbed in the face in a gang-related ritual. Both officials sustained injuries but were discharged from hospital the same day.

Two prison warders were attacked over the Easter weekend.
News
3 years ago

"The safety of our staff is of paramount importance, and [we] take any attack on our officials in a very serious light. In this regard, the department is currently implementing various measures, including increasing the yearly intake at our training colleges, re-employing former employees of the department as well as deployment of the Emergency Support Team (EST), to assist in beefing [up] the number of officials on the ground," Maistry said.

Last month, a female warder at the Goedemoed prison in the Free State was stabbed to death when she and a female colleague were held hostage for nearly three hours by an inmate, police confirmed. Police said a prisoner, who was on cleaning duties, forced both women into an office and locked himself inside.

Authorities at the centre mobilised response teams, including SAPS hostage negotiators who negotiated for the release of the officials for almost three hours before the prisoner surrendered.

When the response team entered the office they discovered the body of the warder with stab wounds.

In February, three correctional services officials were stabbed by inmates at the St Albans prison during lock-up.

I don't think our prisons even have enough social workers and psychologists.
Opinion
3 years ago
Next Article