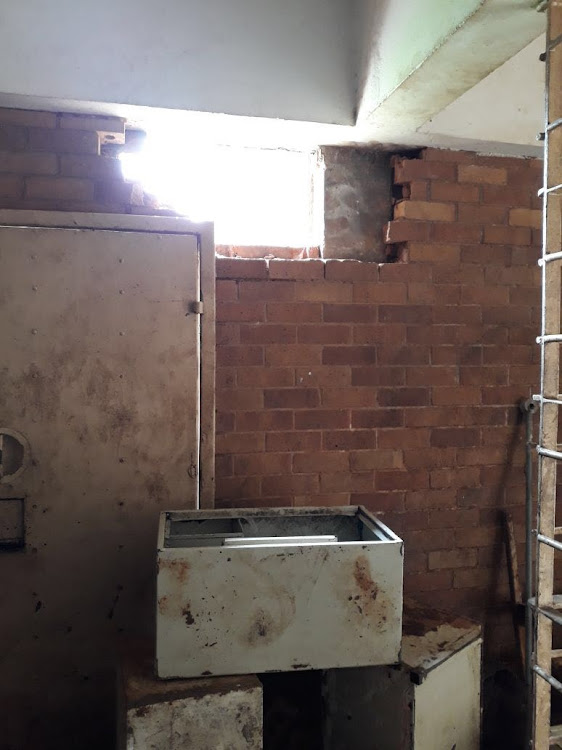 Seven of the 16 inmates who broke out of the Johannesburg Prison‚ also known as Sun City‚ last month are back behind bars‚ the Department of Correctional Services said on Wednesday.

Two others died in a shootout with police in Greytown‚ KwaZulu-Natal.

“Seven escapees are still at large. The department together with other law enforcement agencies will not rest until they are all back behind bars. We would like to plead with the community to please come forward with any information that may lead to the re-arrest of the remaining escapees‚” said department spokesperson Monama Mochete.

He could not immediately say which of the inmates were still on the run.

Images supplied to the publication following the escape showed that part of the brick wall of the prison had been removed. Some metal cupboards were stacked onto each other‚ leading to the hole in the wall.

A wire mesh grill was cut and pushed backwards‚ allowing for ample room for the 16 to make their way out.

Days after the breakout‚ two prison warders based at the facility were arrested for allegedly aiding the inmates to escape.

“The officials‚ Sipho Simulindile Skwatsha and Wiseman Xolani Majola‚ were since given a bail of R5 000 each and appeared in the Johannesburg Magistrate’s Court on May 3. They are due to appear again on June 13 to allow further investigations to take place. They have been charged with aiding escape‚” said Monama.

“A total of seven officials have since been suspended from their official duties pending the outcomes of both internal and external investigations. That includes Skwatsha and Majola‚” he said.