Trafficking victim bares all in book 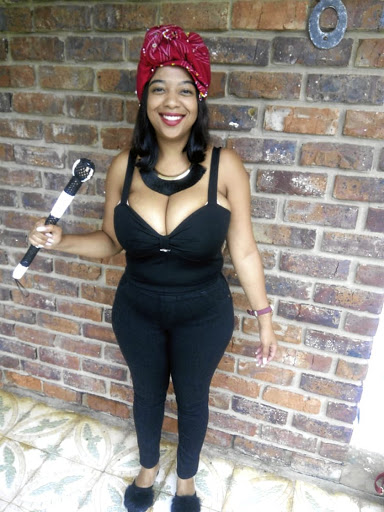 Zintle Feza lives to tell the tale of human trafficking and the underworld of drugs and prostitution./Supplied

Zintle Feza, who was trafficked as a 16-year-old girl, has now written a tell-all book about her life experiences as a prostitute and drug addict.

Fezi, 24, penned the book titled 'Neglected' which details how she was lured into the world of drugs and prostitution by her would-be traffickers.

Feza is working with the Eastern Cape department of arts and culture to release the book and educate society about effects of trafficking.

"After I was rescued from human traffickers, I felt neglected by the society where I grew up. People started treating me differently and making up stories about me. I had no support from my family members," she said.

Feza said her dream was turned into a nightmare in 2011 when she was in grade 11 at KwaKomani Comprehensive in KwaKomani, formerly known as Queenstown.

"A lady came to my school with a letter saying I had won a scholarship to go and study in New York. She said they saw me when my school was having a debate in East London. The school was convinced that it was legit and I was excited to be going overseas for the first time."

She said they booked her a bus ticket to Johannesburg and on the day of departure she met 10 other girls who were the same age as her.

"In Johannesburg, I was the only one who was picked up at Park Station and taken to a motel in Yeoville. Everything seemed legit on the first week but on the second week they took away our passports, ID documents and cellphones and that is when we were sold to different men and also introduced to drugs," she said.

Feza spent that whole year going around the country and prostituted to different men.

Her grandparents, who had raised her, had already opened a case of a missing person.

"I am sure those people were also aware because they left with all the other girls and left me in a motel. When one of the cleaners called them about me, she was told to call a metre taxi to take me to OR Tambo International Airport and that is where I was rescued by security guards who suspected that something was wrong when they saw me," she said.

Her grandparents were contacted and she was taken to KwaNobuhle outreach centre in Uitenhage for rehabilitation from drugs. "All I want is to reach out to families and community members not to neglect us when we need them in our lives. The government should do something to help prostitutes by taking them to rehab centres because not everyone is happy to be a prostitute."

A movement of survivors of prostitution‚ Kwanele‚ will stage a protest outside the Durban Magistrate’s Court on Monday.
News
3 years ago
Next Article