They must go: ANC vets say leaders implicated in corruption can't be MPs 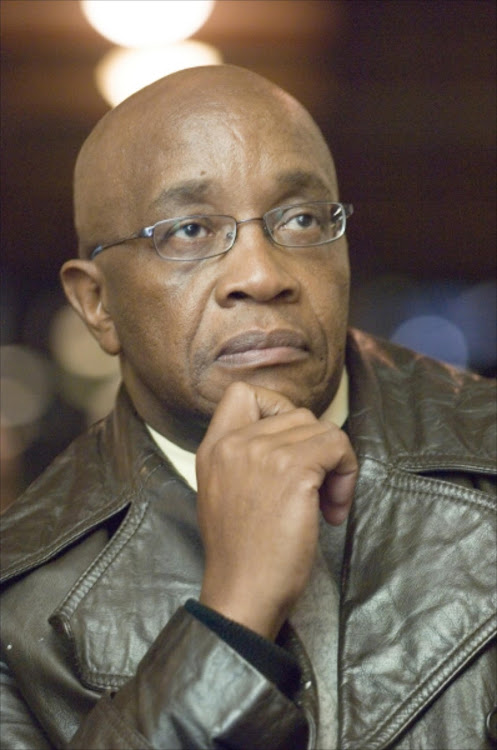 A group of ANC stalwarts, including Snuki Zikalala, says those implicated in corruption should decline nomination to head to parliament after elections.

A group of ANC stalwarts and veterans have called for leaders implicated in state capture and corruption to voluntarily remove themselves from the party's lists to parliament.

Speaking at a press conference in Liliesleaf in Rivonia on Wednesday‚ the group of party elders said they threw their weight behind President Cyril Ramaphosa in the upcoming elections. But‚ they said‚ those who face accusations and were implicated by the various ongoing commissions should step aside “for the sake of the ANC”.

ANC veterans league president Snuki Zikalala said a Gauteng conference earlier this month declared that people who were implicated in wrongdoing should step aside from the lists.

Public protector Busisiwe Mkhwebane has found that former minister Fikile Mbalula violated the Executive Members Act and the constitution by asking a ...
News
2 years ago

Zikalala said that when the ANC imposed leadership in the 2016 local government elections‚ party supporters abstained from the vote.

“We‚ as veterans‚ are saying that we are cleansing this organisation. We want to bring back the integrity and credibility of the ANC … and if society says there are individuals who have judgments against them‚ some with constitutional court judgments against them‚ and they are still proudly standing for nominations‚ we are sincerely calling for them to introspect and step down‚” he said.

While no names were mentioned‚ some of the people referred to by the veterans included ministers Bathabile Dlamini and Nomvula Mokonyane. It also includes a plethora of ANC leaders implicated in state capture‚ such as Malusi Gigaba and Mosebenzi Zwane.

If former home affairs minister Malusi Gigaba's most recent quotes are anything to go by, it's a surprise he resigned yesterday.
News
2 years ago

ANC veteran Mavuso Msimang said they were perturbed about some of the people that made it to the list of ANC representatives in parliament after the May 8 elections.

“We are told that the lists are put together by members of the ANC but we know it is an imperfect system‚” he said.

This group of elders were famously opposed to former president Jacob Zuma and were one of the first groupings within the party to call for his removal from office.

ANC veteran Cheryl Carolus said: “Unless we go back to our values then this organisation does not deserve the support.”

Minister Nomvula Mokonyane is to rule on a controversial Eastern Cape project.
News
2 years ago

She said the group of elders believed that despite the challenges facing the ANC‚ they encouraged their members and senior citizens to vote for Ramaphosa.

“We are appealing to every ANC supporter to raise their voice and make sure they do the right thing‚” Carolus said.

She said they believed that no other party has the vision or commitment to take the country forward.