Gigaba‚ Mbalula's threats to sue public protector come to nothing 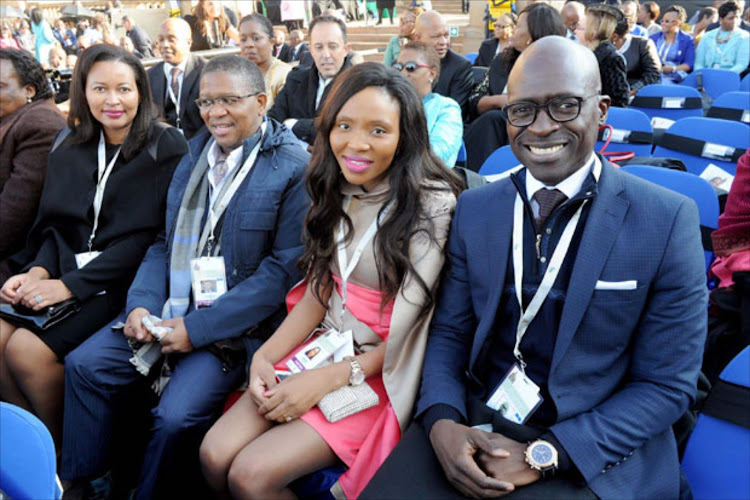 Former ministers Malusi Gigaba and Fikile Mbalula both threatened legal challenges to the public protector’s damaging findings against them last year - but‚ at least for now‚ it appears they have not followed through.

The public protector’s office on Monday afternoon confirmed that advocate Busisiwe Mkhwebane had not been served with court papers by either of the former ministers.

"The public protector has not received any court papers from the two former ministers relating to their public announcements that they will take her reports on judicial review‚" her spokesperson‚ Oupa Segalwe‚ told SowetanLIVE.

.@PublicProtector’s Office confirms Fmr Minister Gigaba has not sought to challenge her findings that he lied under oath in court

In October last year‚ Mkhwebane found that Gigaba had not only violated the executive ethics code‚ but also the country's constitution for "deliberately telling untruths under oath".

Her findings came after the North Gauteng High Court in Pretoria ruled in 2017 that Gigaba had lied under oath and violated the constitution in his conduct during a court battle over Fireblade Aviation‚ a company owned by the wealthy Oppenheimer family.

The application concerned the approval‚ allegedly granted by Gigaba during his first stint as home affairs minister‚ for Fireblade to operate a VIP terminal at OR Tambo International Airport.

It was alleged that Gigaba revoked the approval he originally granted under pressure from the Guptas.

Gigaba‚ who has denied wrongdoing‚ resigned weeks after the release of Mkhwebane’s Fireblade report‚ after failing to persuade the Constitutional Court to hear his case. He could have sought to review the report in the High Court‚ but has seemingly chosen not to do so.

Public protector Busisiwe Mkhwebane has found that former minister Fikile Mbalula violated the Executive Members Act and the constitution by asking a ...
News
3 years ago

In December last year‚ Mkhwebane found that former minister Fikile Mbalula violated the Executive Members Act and the constitution – by asking a Sascoc sporting goods supplier to help him pay for his 2016 family holiday to Dubai.

Mkhwebane found that Mbalula had gone to Dubai without first paying for the trip‚ and seemingly had no idea how much it would cost. She said this was "very irresponsible of him as he could not determine whether he could afford the excursion".

Mbalula said he had later obtained a loan from Sedgars Sports to help him pay for the trip‚ which cost more than R684‚000.

"There is‚ however‚ no evidence in my possession that proves that Mbalula requested and/or obtained the loan prior to boarding a flight to Dubai."

She said it was "inappropriate" for Mbalula to enter into a "loan agreement" with Yusuf Dockrat‚ "a director of an entity doing business with Sascoc".

Dockrat then paid R300‚000 to Munlin Travel on Mbalula’s behalf.

Mkhwebane says there is evidence that Mbalula paid R275‚000 into the account of the company that had paid his travel expenses.

She said she did not recommend any remedial action against Mbalula "as he is no longer a member of the executive"‚ but ordered the National Prosecuting Authority to investigate "whether the funds used to pay Mbalula’s trip were not the proceeds of money-laundering".

The protector’s investigation followed reports by Eyewitness News last year that Sedgars Sport contributed at least R300‚000 towards the trip while Mbalula was the sports minister.

Mbalula‚ who is now head of the ANC’s elections office‚ denied wrongdoing and insisted that he funded the holiday himself.