'I don’t know where to start': Stranded Alex fire victims speak out 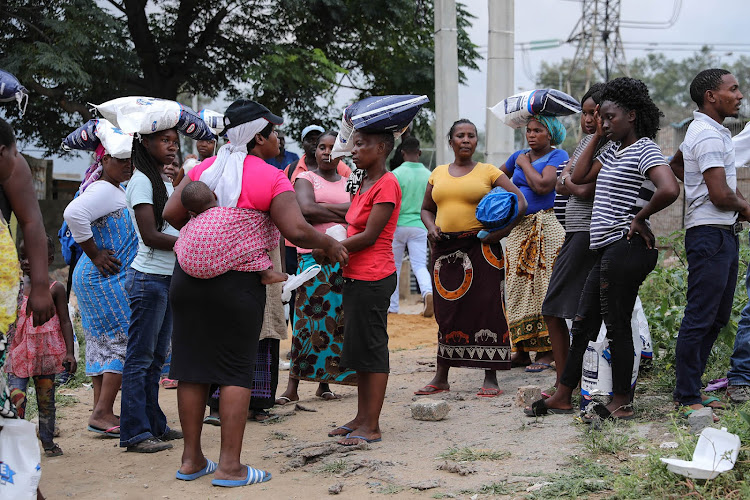 Residents of Stjwetla in Alexandra collected food parcels after their homes were destroyed in a blaze.
Image: Simphiwe Nkwali

Days after a deadly blaze tore through Alexandra’s informal settlement Stjwetla in Johannesburg, residents said they had no immediate hope of rebuilding their gutted homes.

“I don’t know where to start, we’re just praying that government at least helps us with building materials so we can start over again,” said mother of five, Annah Chabalala.

City Power said earlier that a preliminary investigation pointed to the devastating fire being ignited by an unattended brazier in a shack that had been built inside the foot of a power pylon. The burning pylon collapsed, spreading the fire to nearby shacks.

“We know it’s dangerous but we don’t have a choice, there is nothing as painful as paying rent when you earn little and have a family to feed,” said Chabalala.

Surviving on part-time domestic jobs, Chabalala said she learnt of the fire while she was on her way back from a job and rushed home, hoping to at least save her blankets - but was unsuccessful. 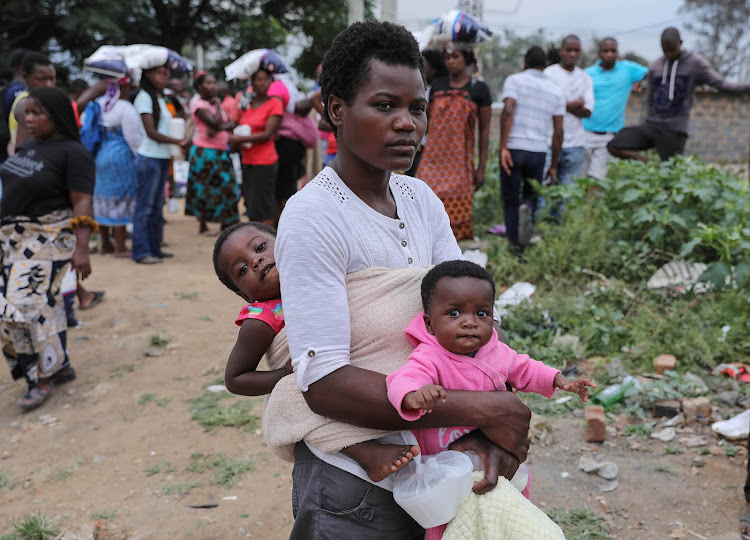 Nonhlanhla Ncube with her children, three-month-old Simphiwe (front) and Thando Moyo (3) at a centre where they received assistance with basic needs.
Image: Simphiwe Nkwali

Dozens of residents flocked into the "green house" - a nearby centre where they were being provided with hot meals and groceries.

Nonhlanhla Ncube, a mother of two, expressed gratitude for receiving food. “We are grateful for the soup - but it is just not enough for me because I am breastfeeding. I will ask neighbours to shelter me and also share their [maize meal],” she said.

Ncube said she had no means of rebuilding the two-roomed shack which she shared with her family.

“The shack I was staying in was not mine. I was renting it for R300.

"I don’t know what will happen to me and my children now. [Pastor Shepherd] Bushiri is my only hope now,” she told TimesLIVE. 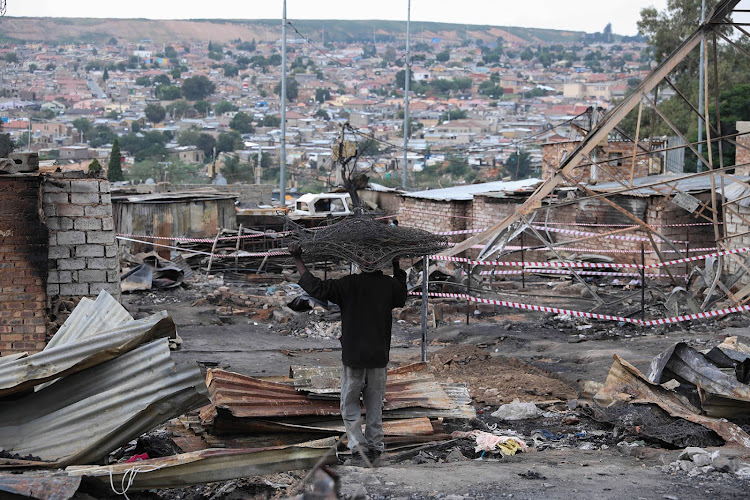 A resident of Alexandra walks off with the remains of a mattress after the fire.
Image: Simphiwe Nkwali

The self-proclaimed prophet visited the settlement on Thursday, and pledged to donate R400,000 towards assisting the destitute residents.

“The decision to make the donation was made ... after he did a tour and saw that there was a need to make the contribution - as people lost their homes and school children lost their books and uniforms," said Makhudu Sefara, who speaks on behalf of Bushiri.

Speaking about the logistics of the donation, he added: “Arrangements will be made with the City of Johannesburg to administer the fund. The city has a database of families and children affected by the inferno. We hope handing over the funds will ensure speedy relief for the victims.” 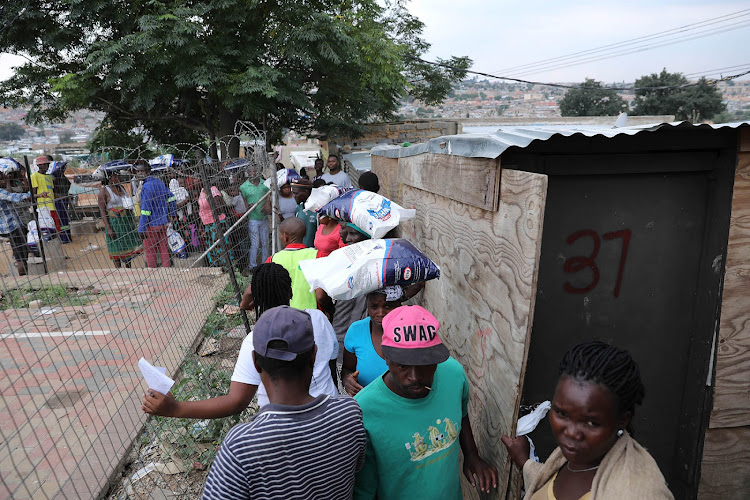 Residents queued to and from the collection of food parcels.
Image: Simphiwe Nkwali

A Malawian national, who spoke on condition of anonymity, said he had lived in the settlement for more than 10 years and fires of this nature were not uncommon.

“This is not the first time that we have a fire here. The government and people always come and pretend to help but they don’t. I may have survived this one but I might be next [to suffer injury] if the government continues neglecting us,” he told TimesLIVE.

Tshepo Motlhale, head of emergency services in the city, said more than 347 households were registered on their system as needing help after the blaze and estimated that at least 1,000 people were receiving food assistance.

“The number is not fixed, it is still to be verified, but on a daily basis we have just above 1,000 people that are being assisted,” he said.