‘I don’t know why someone had to die,’ says stabbed Polokwane teen 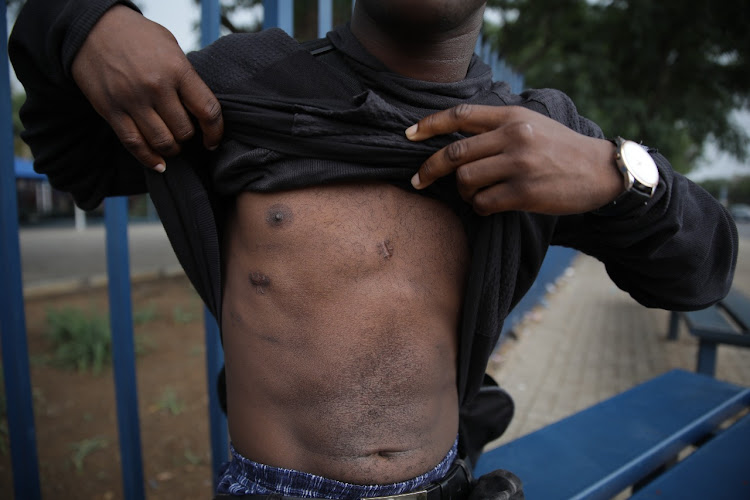 Vincent Thomas showing the stab wounds inflicted on him when he was attacked three months ago, allegedly by one of the boys arrested for the murder of Thoriso Themane.
Image: Chante Schatz

Polokwane high school student Vincent Thomas was stabbed last year - but claims it was only after the murder of Thoriso Themane a week ago that police started taking the case seriously.

The Capricorn High School pupil was allegedly stabbed by a fellow pupil whose father is a retired police officer. The 15-year-old boy accused of the stabbing was last week arrested and charged for involvement in the severe beating that ultimately led to Themane’s death.

The 18-year-old Thomas has spoken out about what he labelled as corruption after his attempted murder case was reopened in the wake of Themane’s murder.

"I don’t understand why someone had to die before my case could be taken seriously," said Thomas.

He said he was contacted by police last Tuesday, just two days after Themane was brutally attacked and left for dead. The gang alleged to be behind the killing are a group of teenagers known as the "ma Dhura squad". Young boys and girls in Polokwane make up the group.

"I wouldn’t say that I am happy … because justice has not been served. Yes, my case was reopened but that doesn’t mean anything," he said.

The pupil alleged to have stabbed Thomas was seen in a video shared widely after Themane’s killing saying he felt good that he had killed a person. He was wearing his school uniform in the video.

"Yes, you know my father is untouchable," he boasted before walking away.

Following Themane’s death, the pupil in question was arrested along with five other teens and three adults. All remain in police custody.

Police spokesperson Brigadier Motlafela Mojapelo confirmed that a case of attempted murder was opened against the pupil in question last year.

"There is a case from December 2018. However, the suspect also opened a case of assault against the complainant. We will investigate both charges simultaneously because both suspects are known," said Mojapelo.

The attack on Thomas happened while he and his alleged attacker were at a party in an estate in Bendor. Thomas was apparently part of the bouncers keeping order among those who were attending.

"He stepped on my shoe and looked at me. I asked him what he was doing, but his friends asked me to leave him alone, while he responded, ‘I’ll show you,'" said Thomas.

He continued: "We later met on the stairs where he attacked me and I attacked back to defend myself. Then he took out a knife and stabbed me. I was bleeding and lost balance, and an ambulance was called."

Thomas said the police had initially "refused" to open a case of attempted murder against the 15-year-old, but insisted on an assault case being opened.

"I didn’t understand that because I almost died. The police who came to visit me at the hospital saw that I was stabbed twice next to my right lung and even saw my [medical] files.

"After that I was detained for assaulting him [the 15-year-old]. Nothing was said about my case against him. For me that was some kind of corruption also because I don’t know why my case was closed to begin with," he said. 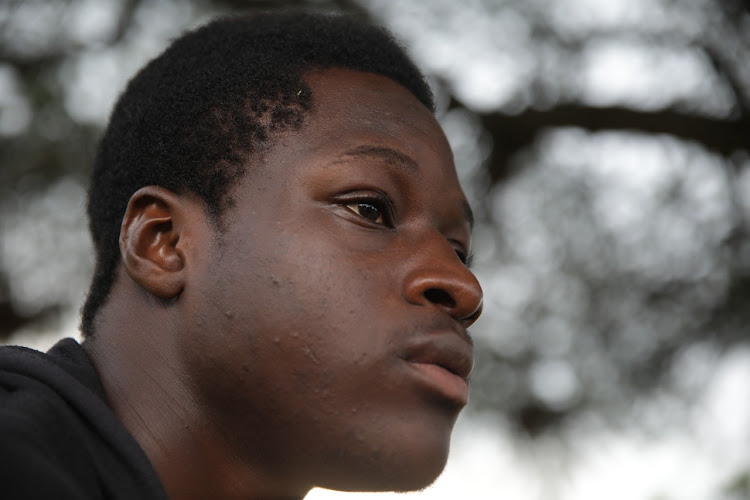 Mojapelo, however, denied that the case had been closed. He said it had always remained open.

While the incident happened almost three months ago, Thomas said he was still expected to visit the doctor once in a while.

He recalled how one of his alleged attacker’s friends came to him while the ambulance was called and said, "Must I finish you off?"

"The scars are healed on the outside, but not completely inside. So the doctor recommended that I still come for check-ups and do a couple of exercises for me to also heal on the inside," said Thomas.

Meanwhile his mother, Toke Thomas, said the police had realised that they had made a blunder by not attending to her son’s case.

"I am happy that the case was reopened. Now they realise that they made a blunder. My son was detained for no reason. He deserves justice too," she said.

Toke said she believed her son needed counselling following the ordeal, and did not think that the parents of the pupils in question condoned their behaviour.

"I don't think their parents condone what these children are doing. They are sometimes aware but are just overprotective," she said.

Speaking about his stay in hospital, Thomas said: "I felt like it was over for me, like I was dying. I remember when I blacked out, telling my mom and aunt that I love them."

Themane’s suspected killers are expected to appear before the Polokwane Magistrate's Court on Monday.

TimesLIVE on several occasions visited the home of the accused in an attempt to make contact with his father, but to no avail.