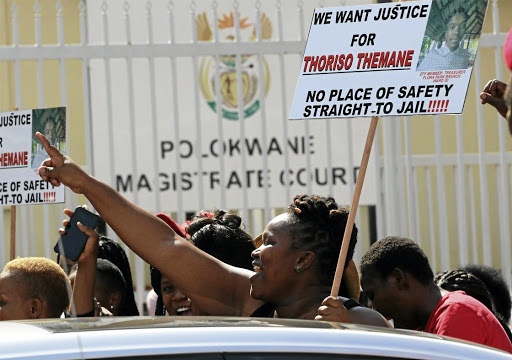 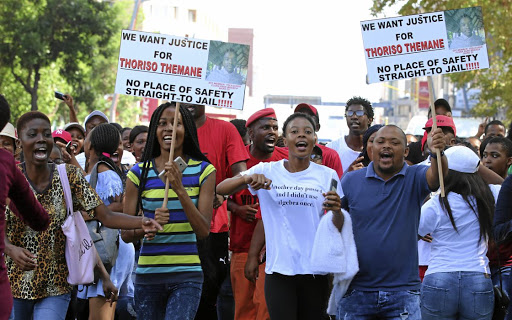 The family of a Limpopo man who was murdered, allegedly by a group of high school pupils, missed the first court appearance yesterday because it would derail their process of healing.

Grief-stricken pastor Mahlapahlapana Themane, whose son Thorisho, 28, died at the weekend after he was assaulted in Flora Park, Polokwane, said the family's focus for now was to give his son a dignified funeral.

"We as a family, our priority and focus at the moment is to bury our son in a deserving manner this Saturday.

An online petition calling for the minors implicated in Thoriso Themane's killing to be jailed was doing the rounds on social media on Wednesday.
News
2 years ago

"The issue of court appearance of the suspects we'll attend to it after the funeral. It is not because I'm not ready to face those and their families," he said.

Six youngsters aged between 15 and 16 appeared in camera at the Polokwane magistrate's court yesterday and their case was postponed to Thursday for further investigation.

Only parents and police were allowed inside the courtroom, due to the accused being minors.

Outside court, scores of people gathered, demanding that justice be seen to be served and calling for the prosecution of those implicated.

Members of the ANC and EFF clashed outside the Polokwane Magistrate's Court over screen time for Thoriso Themane's murder case.
News
2 years ago

"#JusticeforThoriso, no place of safety, straight to jail," some placards read.

Themane said he was not holding any grudges against the parents of the alleged young killers.

"I would welcome them into my house and talk. I'm not bitter towards them but the perpetrators must be subjected to justice," he said.

Themane said funeral
arrangements have been draining emotionally and financially for his family.

"We appeal for litres of water, groceries and mobile toilets. We appeal to anyone out there who can help to do so," said Themane.

On Thursday a sixth suspect was arrested in connection with the murder of the Flora Park resident.
News
2 years ago

Country Duty co-founder Tumi Sole announced that he has collaborated with Dove Funeral Services to assist the family for free, to give Thorisho a dignified send-off.

Themane said they offered to assist his family with a coffin and tombstone.

"Unfortunately, when they called about the good news we had already been covered by another Samaritan who offered the same. We wish they could assist in another way, and we want to thank them and all South Africans for their unwavering support."

MEC for safety in Limpopo Makoma Makhurupetje said they had launched a probe into allegations that one of the six teenagers, a 15-year-old Capricorn High School pupil, is being protected by his father, a retired police officer.

"We are aware of the allegations and we view them very seriously, hence we established a team to investigate. However, we want to place it on record that the father is no longer in the police service."

Days after the formation of a hashtag calling for justice for Thoriso Themane, who died after allegedly being beaten by a group of school pupils in ...
News
2 years ago

Meanwhile, the mother of a Capricorn High School pupil who took the video of the 15-year-old boy boasting about the gruesome murder has opened a case of intimidation against some of the arrested suspects.

In an audio that Sowetan has obtained, the mother accuses the police of failing to protect her and the family after they received death threats, allegedly from some of the pupils.

The mother claims that she received calls and text messages from unknown people, threatening to kill her 18-year-old son.

Police spokesperson Brig Motlafela Mojapelo confirmed that a case of intimidation was opened at the Polokwane police station on Wednesday.