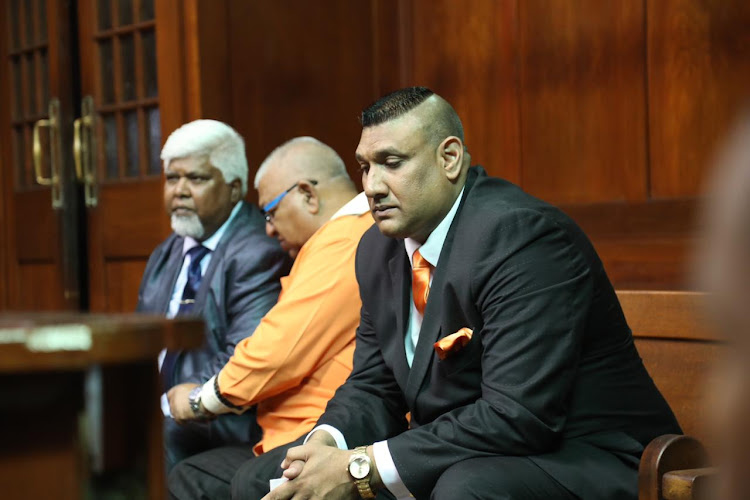 Shailendra Sukhraj fought back tears in the Durban High Court on Tuesday as he recounted the horror of his nine-year-old daughter's death.
Image: Jackie Clausen

Sadia Sukhraj's father fought back tears as he recalled seeing his daughter's body at a hospital.

"I saw her lifeless body on a stretcher there and I couldn't believe that this child was taken from me in seconds," said an emotional Shailendra Sukhraj as he gave evidence in the Durban high court on Tuesday.

Sukhraj was the first witness in the trial of Sibonelo Mkhize, 39, the man accused of murdering the nine-year-old schoolgirl. Mkhize was arrested after allegedly hijacking  the car in which the Shallcross schoolgirl and her father were travelling in May 2018. He faces two charges of murder, the second relating to the death of his alleged accomplice.

Mkhize has pleaded not guilty. 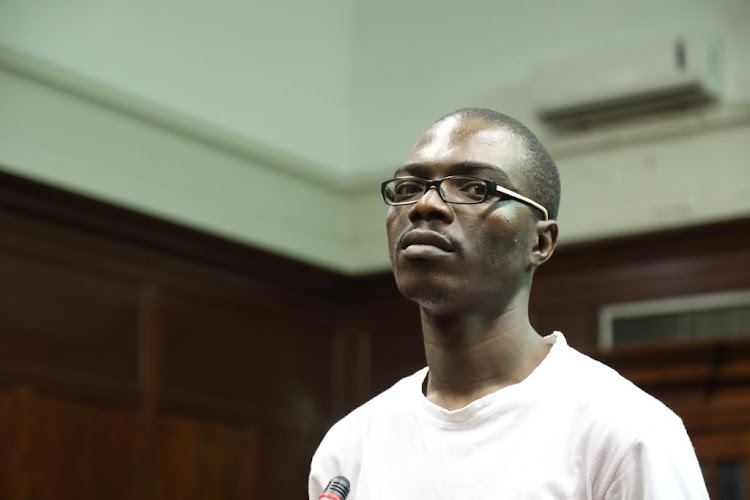 Sibonelo Mkhize faces two charges of murder, the second relating to the death of his alleged accomplice. He pleaded not guilty.
Image: Jackie Clausen

Sukhraj told the Durban High Court on Tuesday how he and his family were dropping off their infant son at his mother-in-law's house in Shallcross when two men approached his car, which was parked in the driveway with Sadia inside.

"When I went out of the house I saw two African males, one on the driver's side and the other on the passenger side ... One pointed a gun at me and shouted 'Hi' and demanded the keys," recalled Sukhraj.

Sukhraj said that after throwing the keys at the men, he went inside the house and drew his gun and started shooting at the car in an attempt to stop them from fleeing with his daughter, who was in the back seat.

"My primary concern at the time was my child who was still in the vehicle. Being a father I was willing to put my life in danger because I was thinking ... what if she got raped, murdered or trafficked?"

State prosecutor Kelvin Singh told the court that the state's case against Mkhize would be primarily based on eyewitness accounts.

The matter was adjourned as load-shedding interrupted proceedings.