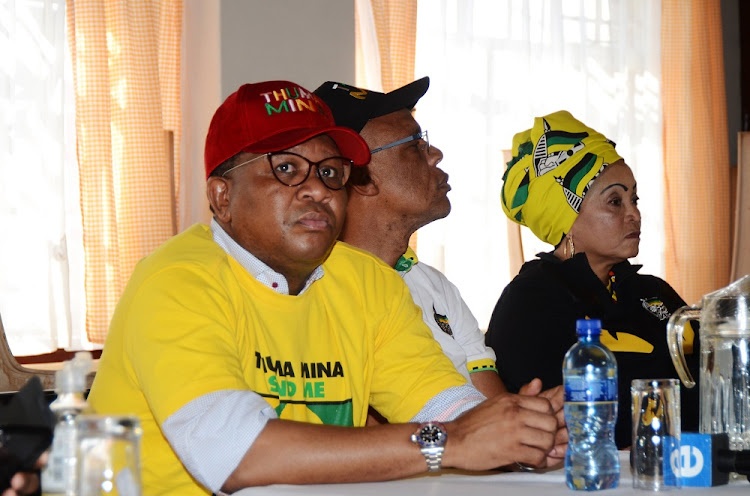 The main problem with some ANC leaders is that they have turned into "sycophants".

That is what ANC elections head Fikile Mbalula said on Sunday after questioning whether former president Jacob Zuma had followed party policy by addressing an event at which a sitting president should have spoken.

"The main problem with some of you‚ you have turned into psycophants [sic] we always ask questions to all our leaders if they step out of line we respectfully remind them about anc conventions and protocols‚" tweeted Mbalula.

It all kicked off when Zuma tweeted photographs of the Kgoši Mampuru II annual commemoration day at the Sekwati sports ground in Mamone in Limpopo on Saturday.

Mbalula wanted to know if it was the "right thing" for Zuma to "go around addressing events".

Zuma said he would not discuss ANC policy with Mbalula on social media.

"This would lead to a conversation between you and I‚ either you educating me on ANC policy or vice versa‚" Zuma said.‏

"Facing the elections as we are‚ I suggest we avoid these kind of conversations on such platforms. I am very keen to give you an explanation on this matter‚ away from social media should you be interested."

Mbalula replied: "Asking a question does not mean I despise the former president. It’s just a question. Of course he is not debarred from attending or addressing such events."

Angelo Agrizzi has detailed how the company allegedly footed the bill for ANC rallies in Gauteng.
News
3 years ago

A commitment in the ANC's manifesto on the Reserve Bank has reignited sharp divisions in the party‚ with supporters of President Cyril Ramaphosa ...
News
3 years ago
Next Article