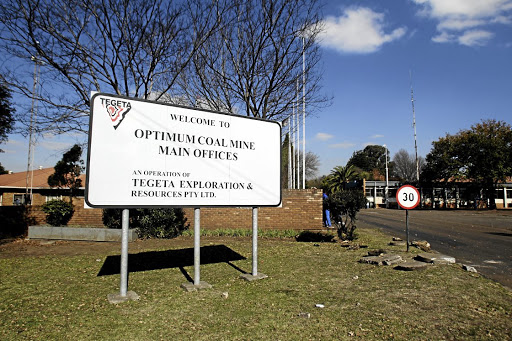 The ANC is allegedly thinking of 'expropriating' the assets of troubled Gupta-mining group Tegeta in a bid to save 'bankrupt' Eskom.
Image: SANDILE NDLOVU

The ANC is considering extraordinary measures, including "expropriating" the assets of troubled Gupta-mining group Tegeta, in a bid to save "bankrupt" Eskom.

The proposed steps are contained in a report on resolutions taken at the party's lekgotla last weekend.

In one of the resolutions relating to the economy, the ANC paints a gloomy picture of the state-owned power utility - describing Eskom as "bankrupt" and posing a "serious threat not only to government but [to] the economy as a whole".

"Incurring more debts is no longer an option," the party says in what can be interpreted as the ANC's admission that government cannot continue bailing-out the parastatal.

The party also expresses concerns about Eskom management's demands for higher electricity tariffs to be imposed on consumers. "Tariffs should be managed responsibly so that [they] do not harm the economy and the poor," the party says.

In what is likely to concern trade unions and others within the ANC who are leftist- leaning, the party resolution also opens the door for a partial sale of the parastatal.

"Equity should be explored to address the Eskom balance sheet," it says, before adding that such a move can include "participation by developmental financial institutions".

But it is the proposal that government takes "decisive state action" against Tegeta that is likely to draw much attention.

The ruling party says such action should include the "expropriation of its assets".

Tegeta, which is a mine owned by the controversial Gupta family, got a R3.7bn contract with Eskom.

It was found that Eskom allowed Tegeta to prescribe coal price and quality. It was alleged that Tegeta supplied a blended good- and bad-quality coal. And the deal did not benefit Eskom, and that contributed to it being bankrupt.

Eskom CEO Phakamani Hadebe made a desperate plea for higher Eskom tariffs over the next three years.
News
3 years ago

The ANC lekgotla took place in Irene, Tshwane, and was in preparation for the upcoming cabinet lekgotla at the end of this month.

Other interventions on the economy proposed at the lekgotla included having cooperatives participating in the mainstream economy.

The cooperatives have more than five members as directors and ANC believes that will help in transforming the ownership, structure and control of the economy by workers and communities.

The governing party says it had previously adopted a narrow perspective on cooperatives development, resulting in them not being an effective tool for establishing the social and solidarity economy with community-owned enterprises and workers-owned enterprises.

"Most of the registered cooperatives are dysfunctional and as a result are not transforming the economy and [not] participating in mainstream economy.

For these to be a success, ANC wants government to set up affordable access to finance for cooperatives by setting up developmental agency and encouraging private sector funding commitment to the tune of a R100bn.

National Treasury has recommended that the Hawks initiate criminal investigations into former Eskom acting CEO Matshelo Koko and some of his ...
News
3 years ago
Next Article