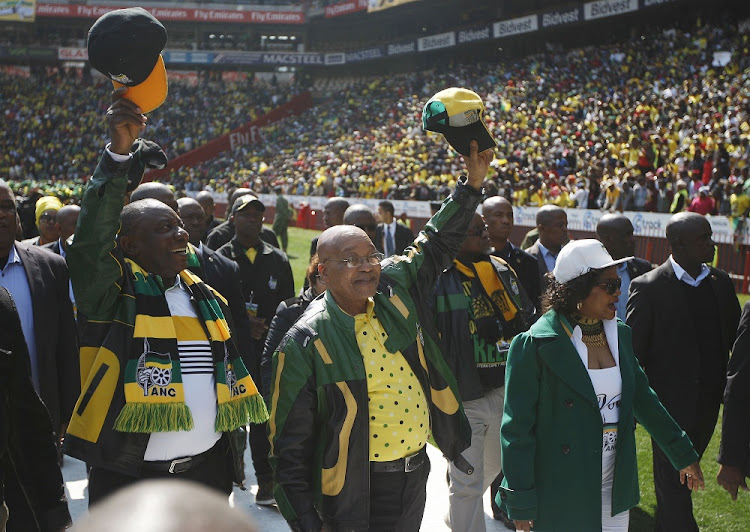 Former Bosasa executive Angelo Agrizzi has detailed how the company allegedly footed the bill for ANC rallies in Gauteng – at the insistence of environmental affairs minister Nomvula Mokonyane.

Testifying at the state capture inquiry on Monday‚ Agrizzi said the company paid for a host of ANC events‚ including the Siyanqoba rallies which are held before elections. He alleged the requests were made by Mokonyane through Bosasa’s boss‚ Gavin Watson.

“There were rallies where we would have to cater for 40‚000 or 50‚000 people... We would get ridiculous requests saying we would need to cater for supporters - ten thousand at a time‚” Agrizzi said.

He could not recall an exact number‚ but he said Bosasa paid for at least a dozen ANC events‚ including catering and cakes.

Some of the people implicated in the alleged explosive corruption to protect Bosasa chiefs from prosecution have gone to ground.
News
2 years ago

Sunday Times reported that Agrizzi’s testimony this week would detail how he had been given a list of Christmas groceries to buy for Mokonyane every year since 2002. These included cases of expensive alcohol and packs of meat.

So close was the alleged relationship between Mokonyane and Bosasa that Agrizzi says the minister's daughter would request a specific car from a rental company‚ and that after numerous crashes‚ he sat her down and offered her driver training.

"Her (Mokonyane's) daughter would call me up and request specifically an Audi A3 cabriolet… I called her in one day and sat her down and asked her if I could arrange driver training for her‚" Agrizzi said.

Agrizzi says they weould get “ridiculous requests” tyo cater for birthday parties etc. “We would have to just do it.”#StateCaptureInquiry

His affidavit also details how the company paid for repairs to her Roodepoort home and hired a car for her daughter.

“At that stage I didn’t think anything was wrong and everything went for the books as normal as if we were using it for something else.

"There were numerous requests given through the year (between 2002 and 2003). These included organising and paying for funerals in respect of deceased family members‚ rental vehicles for two to three months at time for her daughter‚ and numerous catering for rallies on her instruction‚” Agrizzi told the commission.

Former Bosasa COO Angelo Agrizzi has implicated the ANC in fraud and corruption, alleging that the “ruling party” requested funds from the company ...
News
2 years ago

A failed bid to take over Gavin Watson's Bosasa is being put forward as the dramatic backdrop to Angelo Agrizzi's damning evidence at the state ...
News
2 years ago

Bosasa paid about 80 people monthly bribes with cash obtained through a money-laundering scheme.
News
2 years ago

From Dudu Myeni to Dr Khotso de Wee, Agrizzi opened a can of worms.
News
2 years ago
Next Article