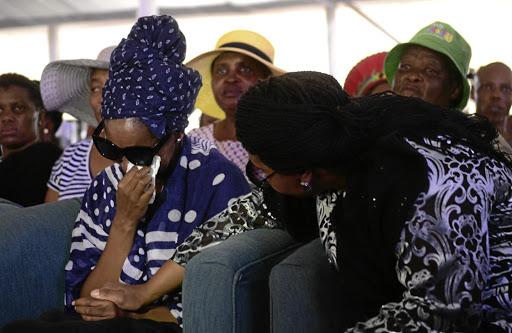 Masinga, who earned respect as a footballer at home and abroad, was proclaimed as a humble man of standards and unwavering fortitude.

Many speakers at the service held at Khuma Stadium said he was the kind of person whose presence was felt even if he was not talking to you, but expressed regret that he was not properly recognised by his country.

Realising that little was done to honour and recognise this legend who secured the country a place at the 1998 World Cup with his famous goal, many speakers said they would make sure that he was recognised.

Bafana legend Chippa could have stadium named after him

Speakers at the second memorial service of former Bafana Bafana legend Phil ‘Chippa’ Masinga committed to making sure that his legacy lives on ...
News
2 years ago

Masinga died from cancer in a Joburg hospital on January 13. His illness was also spoken of as something that could have been given urgent attention earlier.

Moving forward and accepting that their talk was a little too late, speakers committed to helping Masinga's children and making sure that his legacy lived on, especially in Khuma, his home town.

North West MEC for sport Sello Lehari said his department was in talks to name the newly built stadium in Khuma after Masinga.

"We will see if we have enough budget so that we can also erect his statue here in Khuma," he said.

Former soccer player and a friend, Eric September, said his death was painful.

"This is painful; we have lost a person who made it easy for every person to play soccer," September said.

Masinga will be buried in Khuma tomorrow.