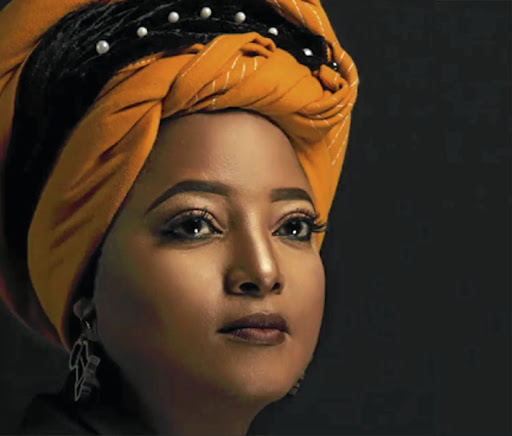 Criselda Dudumashe's stalker claimed she was his mother, and also demanded to know who his father is.
Image: Facebook

SAfm presenter and Aids activist Criselda Dudumashe was allegedly stalked four years ago by a man who claims to be her long-lost son.

These details emerged after Dudumashe opened a case of intimidation, harassment and defamation of character at the Midrand police station last June, claiming that she had a stalker who was now threatening to show up at her home unannounced.

The former Metro FM talk show host this week told Sunday World that it was difficult for her to up her security after the incident because her work involves serving people.

"But I'm now careful about being too friendly to a person I don't know."

Recalling the ordeal Dudumashe told police that a man from Rustenburg, North West, had been harassing her with endless "please call me" SMSes and late-night calls.

She said the man also sent her messages asking for the identity ofhis father because she allegedly abandoned him at an early age.

Dudumashe said she endured the harassment from the man only known as Khwezi for three years, until she asked the police for help.

According to Dudumashe, her nightmare started when she received a call from what appeared to be a listener of her Metro FM show who wanted to thank her for her sterling work.

Muso elects not to testify against his ex-lover.
Entertainment
3 years ago

However, she said, the call became a daily exercise escalating to midnight calls with messages such as "I love you" and "I miss you mother".

At first, Dudumashe said, she didn't take the messages seriously as she thought it was just a naughty listener.

But, the more Dudumashe chastised the person to leave her alone, the more the man harassed her until he told her that he was a long-lost son.

Dudumashe said she then blocked his number from her phone. The radio presenter said the man later started posting defamatory statements on social media, claiming that she abandoned him as a baby.

Dudumashe said she had deleted the messages posted by Khwezi on social media because they were defamatory.

She said the man would use different phone numbers to call and send messages to her, asking why she was ignoring him. He also threatened to show up on her doorstep because he knew where she lived.

In one of the messages seen by Sunday World, dated May 22 2017, the man asks Dudumashe if he had a twin sister.

However, Dudumashe responded by saying she was at a police station to open a case against him.

Instead of stopping, he sent Dudumashe what he said was his home address in Port Elizabeth, Eastern Cape, saying he was unfazed by her threats.

Dudumashe said the man had also told her that he needed her help with traditional rituals, saying his life was a mess and she was the only one who could help him.

"But how do I give birth to a 32-year-old man when I'm 48? That would mean that I gave birth to him when I was [around] 14, which is impossible," said Dudumashe.

She said the case was later closed by the police after they discovered the man was mentally unstable.

"The police said they spoke to his aunt, and she told them he was not well mentally," she said. Dudumashe said she also gave the police the go-ahead to cancel the case after noting that he had stopped calling her. "It would not have served any purpose to have him in prison if he has changed," she said.

Midrand police spokeswoman Matome Tlamela confirmed a case was opened but was later closed without an arrest. "The case was closed and filed after an investigation revealed that the suspect was not mentally okay after he was involved in a car accident," Tlamela said. 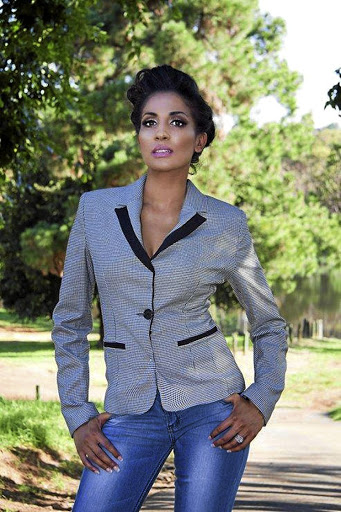 Joan Ramagoshi had to get the court to act.

Celebs who have been stalked before

2004: Miss South Africa 2003 Joan Ramagoshi had to seek help from the high court in Pretoria to fend off a lovelorn neighbour.

David Lekgwathi, who was Ramagoshi's neighbour in Mamelodi, declared his undying love for the beauty queen and became a nuisance when she turned him down time after time.

He called her home, called her on her cellphone up to six times a day, sent her tons of SMS messages and even threatened her then boyfriend.

2005: Another beauty queen and Miss SA 1994 Basetsana Kumalo suffered a carbon-copy ordeal to Ramagoshi's. It took a high court order to bar a Mabopane, Tshwane, man from harassing Kumalo.

Joseph Bokara had been stalking Kumalo for almost five years, declaring his undying love for her, before the court put the brakes on his advances.

Bokara, who admitted to being unstable after an accident, bought Kumalo's newborn baby gifts and sent her love letters and Valentine's Day cards.

2009: Journalist Shadi Rapitso was stabbed and killed by an alleged stalker in her Joburg apartment.

Patrick Malgas was later convicted of Rapitso's murder and sentenced to 10 years in prison.

Motaung got a barrage of SMSes from the stalker abusing him for, among other things, letting the club's striker Kingston Nkatha join SuperSport.

He accused Motaung of spending up to R70000 of the club's money every week at a seedy Joburg hotel entertaining himself.