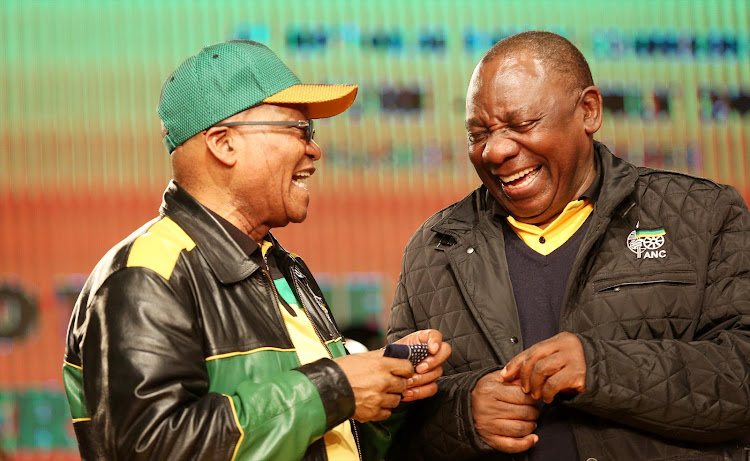 President Cyril Ramaphosa and predecessor Jacob Zuma presented a unified front in KwaZulu-Natal, with Ramaphosa saying he would use the former incumbent “for various tasks”.

Zuma was recalled by the ANC as state president after Ramaphosa was elected president of the party in December 2017, narrowly beating Nkosazana Dlamini-Zuma, whom the former leader had championed. She is currently a minister in the presidency.

Ramaphosa took the reins as head of the executive in February 2018, and has made cleaning up the government and restoring damaged state-owned enterprises the defining feature of his presidency so far.

The relationship between Ramaphosa and Zuma was back in the spotlight after the Sunday Times reported that Ramaphosa had requested a meeting with him to raise concerns about public comments by the latter. Ramaphosa was also reportedly advised to raise alleged state capture and the former president’s court cases.

Cyril Ramaphosa says he will use Jacob Zuma for ‘various tasks’ ahead...

President Cyril Ramaphosa said on Tuesday the ANC was unfazed by the formation of new parties by former members wanting to challenge the governing ...
News
3 years ago

Cyril Ramaphosa has assured South Africans that his working relationship with former head of state Jacob Zuma is not stringent.
News
3 years ago
Next Article