Alleged wife-killer won't give daughter away as judge revokes bail 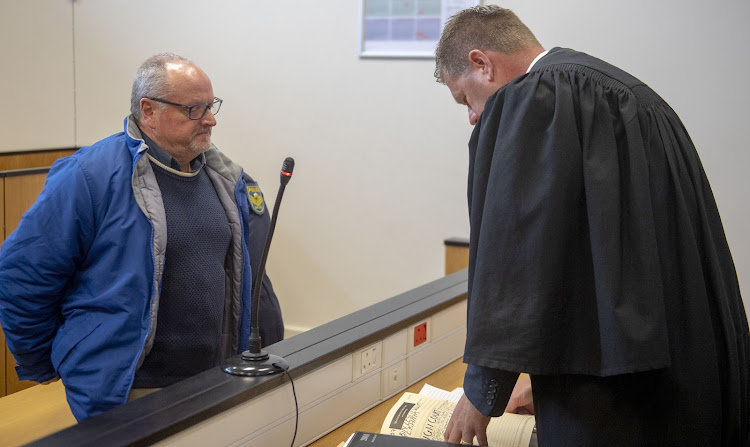 Alleged wife-killer Rob Packham will miss his daughter’s wedding on Saturday after having his bail revoked in the Cape Town high court on Thursday.

Judge Elizabeth Baartman agreed with the prosecution that the 57-year-old should be kept in custody until his murder trial begins in March.

The R75‚000 bail lodged in return for his freedom will be refunded to the friend who provided it.

Packham appeared in the high court on Wednesday for an inquiry into allegations that he breached his bail conditions for the second time since being charged with his wife Gill’s murder in March. Baartman reserved her judgment on the matter until Thursday.

According to the prosecution‚ the former soft-drink company manager sent SMS messages to a person who is a mutual friend of his and his former mistress‚ even though his bail conditions said he was not allowed access to communication devices.

Baartman said: "[The ex-mistress] is a state witness who finds [Packham's] continued contact harassing. Her attorney has requested him to desist but not even a court order could persuade him."

Packham‚ from Constantia‚ allegedly killed Gill‚ put her body in the boot of her car and set it alight at the Diep River railway station in February.

In September‚ Judge Nathan Erasmus released Packham under strict conditions after he was caught on camera delivering flowers at his former mistress’s workplace.

The woman also received e-mails from a person purporting to be Richard J Hopkins‚ who urged her to mend her relationship with Packham and detailed intimate details of their affair.

The woman complained to the police that he was harassing her and Hopkins was unmasked as Packham.

A Constantia man accused of murdering his wife allegedly had an addiction that involved handcuffs and whips.
News
3 years ago

On Wednesday‚ the prosecution argued that by contacting the mutual friend‚ Packham indirectly tried to approach his former mistress.

"He not only sent [the mutual friend] messages but also may have attempted to make contact with the witness via her‚" said prosecutor Susan Galloway.

On December 5‚ the former mistress complained she had received a letter "from what appears to be the same Richard Hopkins" who had previously sent her electronic messages.

Galloway said Packham resorted to "snail mail" because he was aware e-mails could be traced. "The wording and manner of speech is similar in nature to the previous electronic messages and letters known to be written by the accused‚" she said.

"The detail in the letter related to what was discussed during the first application relating to the identity of the writer and the content of the electronic messages. It is submitted that‚ given the accused’s continued intentional failure to comply with the conditions of bail‚ his bail be withdrawn and he be kept in custody pending trial."

Packham's lawyer‚ Ben Mathewson‚ said the father of two had been looking forward to his daughter Kerry’s wedding on Saturday‚ when he had been due to give her away.