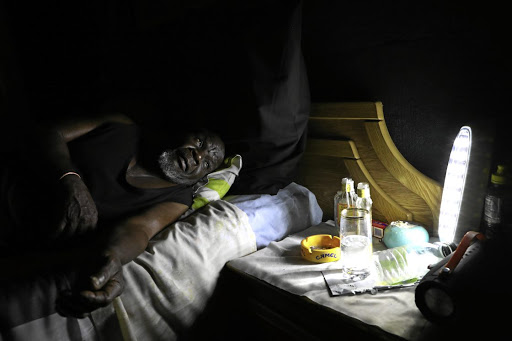 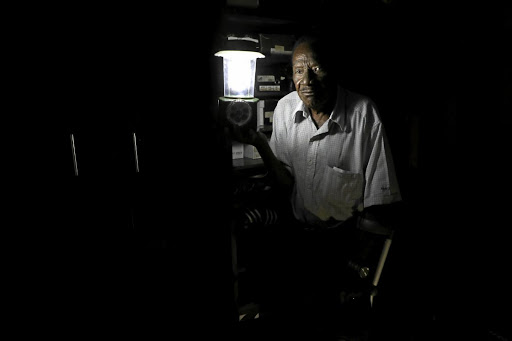 Load shedding, what load shedding? This is the question 100 families in Ncala section of Katlehong, who have been without electricity supply for over a month, are asking.

The section of the east rand township, made up of mixed housing, has been in the grip of rolling blackouts after residents resisted Eskom's attempts to instal prepaid split meters to reduce the volume of unaccounted-for electricity consumption.

As a result of no power supply, three spaza shops had to close, further compounding the locals' problems. They now have to walk long distances to buy basics such as bread.

Spaza shop-owner Richard Mothanyelo, 70, said the past month has been a struggle for his family. Mothanyelo lives with his three unemployed children aged 22, 28 and 30 and an 18-year-old grandson.

"I was able to feed my children with the money I made from the tuckshop. The R1,700 pension grant is too little to take care of us as I still have to pay for my medication. With the tuckshop I made about R1,500 a day but now with the shop closed things have been difficult," Mothanyelo said.

Eskom spokesperson Tumi Mashishi said the company had to withdraw its resources after the community's violent protests against the installation of a split metering system.

Mashishi said the meters were part of Eskom's effort to upgrade the electricity network to address the overloading of transformers, illegal connections and unplanned outages.

"Eskom is committed to work with the affected communities and various stakeholders to ensure that the network is safe and the power is restored to the affected customers."

Eskom claims to have proof of 'sabotage'

Eskom claims to be in possession of a video footage showing some of its employees tampering with equipment at one of its sub-stations in Johannesburg.
News
3 years ago

Most of the families are using candles and paraffin prima stoves to prepare meals.

Resident Seipati Hlahane, 42, said every morning she has to make a fire outside to boil water to bath and make tea for her grandfather France Thobela, 82.

"We can't make a fire if the neighbours have done their laundry and we warm the water by leaving it out in the sun.

"For cooking we have to go to another section and leave the leftovers in the fridges. It only becomes a problem when you want to eat during the day and you find out the family is not there."

Moses Mokoena, 67, and his wife Lettie Thoko Mokoena, 66, have to walk 2km to get his diabetes injection which has to be kept in the fridge.

"My husband has to take his injection twice - in the morning and also in the evening. We have to walk for 2kms to get the injection. The painful part is that I have prepaid electricity in my house which is easy to monitor. We now live from hand to mouth and we eat mostly junk food which is not good for our health."