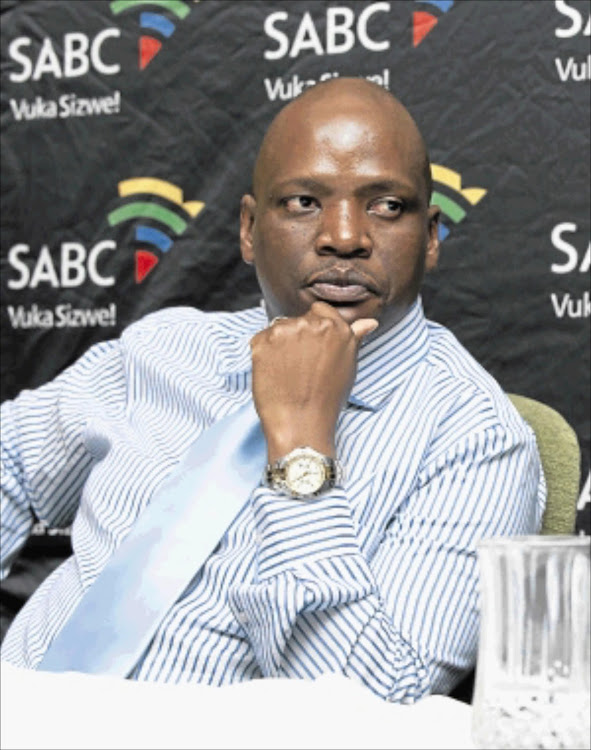 Hlaudi Motsoeneng's lawyers have asked the South Gauteng high court in Johannesburg to deem inadmissible new evidence brought by the public broadcaster in its supplementary affidavit.

Dozens of former SABC boss Hlaudi Motsoeneng's supporters give him a hero's welcome as he exits the South Gauteng High court building in Johannesburg during the lunch break. He gave a speech asking them to mobilise the masses to make him president of the country. pic.twitter.com/v5AqgatvUL

The SABC argued in court that Motsoeneng was not entitled to the R11,5-million "success fee" which was signed off by former GCEO James Aguma and approved by an SABC committee.

The SABC is seeking an interim order that seeks to stop its Pension Fund, a separate entity, from paying Motsoeneng his multi-million rand pension. The former SABC boss is embroiled in another legal battle with the Special Investigating Unit, which is trying to recover more than R20-million including monies lost through unfair dismissals and appointments during Motsoeneng's tenure.

The Constitutional Court finalised the matter on Monday.
News
3 years ago

Motsoeneng's lawyer, Andy Bester, SC, on Thursday  accused the SABC of trying to bring about a new case against its former COO as it seeks to withhold his pension. The SABC had in its supplementary affidavit before the court cited former public protector Thuli Madonsela's findings to illustrate alleged misconduct by Motsoeneng during his tenure. However, the evidence was not used in the SABC's founding affidavit filed in court, Bester argued.

'Retrenchment will not help'
News
3 years ago

"The public protector report was released in 2014, these are not new facts... the SABC is bringing a new matter, in fact a new course of action," Bester argued.

He added: "It's for the court to permit the filling of further affidavits, this (SABC supplementary affidavit) is not a reply to anything."

He said the court had a choice to ignore the evidence or struck it out. The matter is underway.