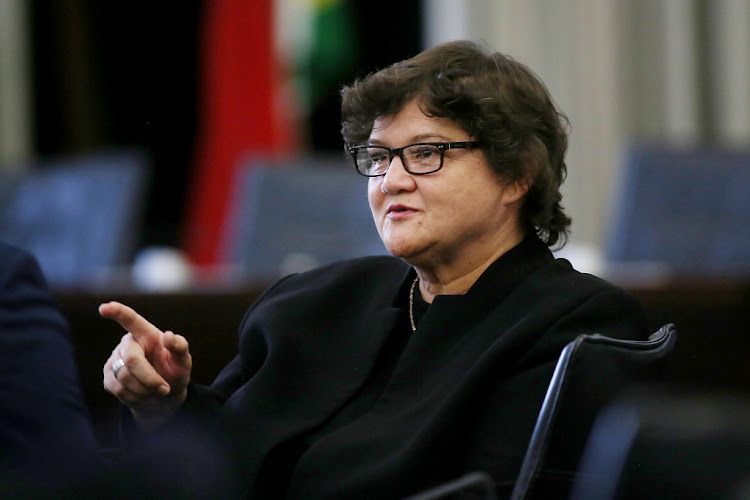 The final report of parliament’s inquiry into Eskom has found that former ministers of public enterprises — Malusi Gigaba and Lynne Brown — were “grossly negligent” in carrying out their responsibilities.

The public enterprises committee, which conducted the inquiry, adopted its report on Wednesday with the unanimous support of all political parties present.

Business Day reported earlier in November that the draft report found that Brown and Gigaba were on the list of suspected “captured” individuals and companies that should be criminally investigated.

The committee has recommended that the Treasury review and strengthen the regulations on procurement by state-owned companies and criminal investigations into possible fraud, corruption and other unlawful conduct must be pursued.

The committee also recommended to parliament that its report, together with all documentation and the record of evidence, be given to the commission of inquiry into state capture headed up by deputy chief justice Raymond Zondo.

The committee found that there had been corruption of procurement processes at Eskom and that there was a corrupt relationship between the Gupta family, their associates and key state functionaries.

There was “overwhelming” evidence of external interference and noncompliance with legislation by Eskom.

The committee heard evidence on Eskom’s coal contracts with the Gupta owned Tegeta Exploration and Resources, its relationship with Trillian Capital and The New Age, and the resignation of former CEO Brian Molefe.

“Various gratifications were provided and accepted in order to influence Eskom board members and employees to act unlawfully and to induce Eskom to enter into a number of business contracts,” the report said.

With regard to Brown, the report notes that “in spite of there being ample evidence of wrongdoing being raised frequently about Eskom in Parliament and in the public domain, [former] minister Brown often failed to take appropriate action, responsibility or accountability for a large set of impugned decisions taken by the board and management of Eskom.”

The committee noted that Brown’s oversight of the executive and nonexecutive directors “was inadequate, leading to gross breaches in fiduciary duty and potentially illegal acts”.

Gigaba’s overhaul of the Eskom board introduced patterns of instability.

“It is not apparent that the board appointed by [now former] minister Gigaba had been sufficiently vetted in terms of integrity, collective skills and experience to govern Eskom and execute their fiduciary responsibility.”

The same observation was made in the report about successive boards appointed by Brown.

“While the two former ministers pleaded ignorance regarding the irregular and possibly criminal acts committed by the executive and nonexecutive board members they appointed, the King Code stipulates clearly that while ministers and officials within the department may not be directly responsible for acts of wrongdoing, they may still be accountable for these acts.”

The committee found that it was “patently clear that there was undue influence by private individuals and companies over the appointment of Eskom board members as well as some procurement decisions”.

Lynne Brown’s application to cross-examine  a witness at the Zondo Commission of Inquiry has been dismissed.
News
3 years ago

The report noted that many examples of institutional and oversight failure had emerged during the inquiry. These allowed private interests to benefit unduly from business with Eskom.

The committee found that the legislation and policies that regulate the shareholder’s relationship with Eskom may have left room for interpretation, that led to inconsistencies.

The evidence presented to the committee corroborated many of the findings and observations of former public protector Thuli Madonsela’s State of Capture report.

“The committee has uncovered substantial and compelling evidence that a number of corporate entities amassed substantial illicit private gains many of which have reportedly been funneled out of SA through shell companies and private accounts in Dubai and Hong Kong.

“It is disconcerting that it seems the relevant authorities have not yet acted in light of the allegations.”

It has also recommended that the department of public enterprises and the cabinet review the legislative and regulatory framework governing state-owned enterprises.