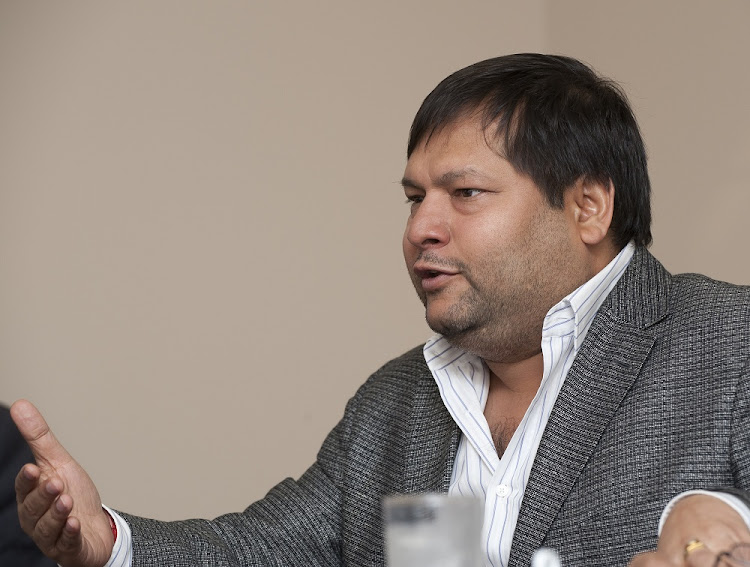 Ajay Gupta wants Deputy Chief Justice Raymond Zondo to grant him and his lawyers leave to cross-question former finance minister Mcebisi Jonas who implicated him in wrongdoing when he testified before the state capture commission of inquiry sitting in Parktown, Johannesburg.
Image: Martin Rhodes

Ajay Gupta’s lawyers are arguing that there are “sharp differences” between the family patriarch’s account of his alleged meetings with key state capture inquiry witnesses and their evidence.

They argue that he must be allowed to cross-examine the witnesses who implicate him – if the Zondo Commission has any hope of getting to the “truth” of their claims.

Advocate Mike Hellens SC this morning argued that the commission could not make valid findings without allowing cross-examination‚ as it was a “tool to test the veracity and reliability” of evidence.

Hellens further argued that the witnesses who implicated the Guptas in wrongdoing should not be informed about what Gupta’s response to their testimony is‚ so they do not have the opportunity to alter their testimony.

“If the witness is not put under cross examination in the normal way… he or she has the full luxury of adjusting her evidence‚” he said.

Hellens added: “We would have to put the version of Mr Gupta to the witness.”

Deputy Chief Raymond Zondo indicated that‚ while Hellens “may be right”‚ “other factors need to be taken into account. For example‚ a witness who may be honest but is mistaken.”

Zondo said in such a scenario‚ the “honest witness” – upon being advised of the implicated person’s version – could admit that they had made a mistake and “save the commission a great deal of time”.

Hellens responded: “There is no special magic about this forum that would make a witness admit that they had make a mistake”.

Instead‚ Advocate Dawie Joubert will bring that application on behalf of Ajay and Rajesh Gupta‚ and former president Jacob Zuma’s son Duduzane.

According to Hellens‚ Ajay Gupta disputes “the whole” of the affidavit given by Maseko.

Zondo still needs to decide whether implicated parties will themselves need to testify. At the beginning of this morning’s hearing‚ he made it clear that he had never said that “implicated persons who’d apply to cross-examine would have to undertake to give evidence”.

While this was the stance of the inquiry’s legal team‚ Zondo said “it is a matter that will still be argued”.

Despite releasing a statement slamming Williams as a liar‚ former Communications Minister Faith Muthambi has not applied to cross-examine her.

Ajay Gupta told Themba Maseko that Jacob Zuma would "sort out" any minister who refused to hand over advertising budget to him.
News
3 years ago

Ajay Gupta allegedly threatened to kill Mcebisi Jonas if he ever disclosed the offer to make him finance minister.
News
3 years ago
Next Article