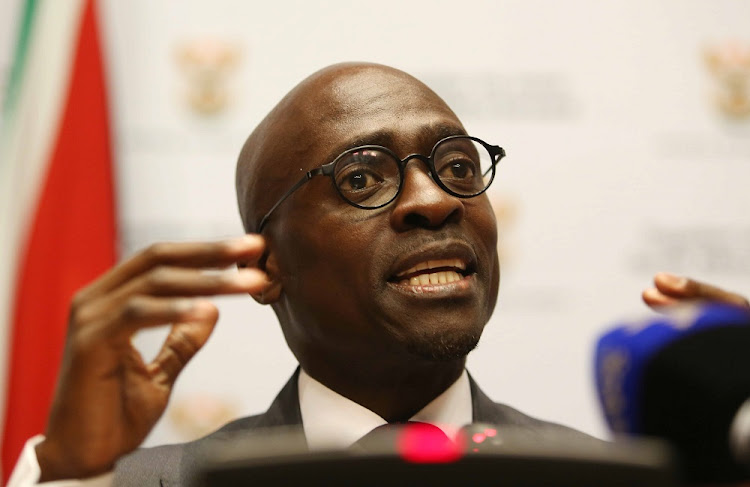 Embattled home affairs minister Malusi Gigaba and former public enterprises minister Lynne Brown are among individuals suspected of being "captured" and should be criminally investigated.

This is according to a draft parliamentary report into Eskom, the utility that's been brought to its knees by alleged mismanagement and corruption.

Senior staff at disgraced global consultancies McKinsey and KPMG, which have been embroiled in some of the most high-profile cases of alleged state capture during Jacob Zuma's presidency, were dubbed as "private sector mercenaries" who should face a probe.

The draft report sets out a list of 44 people and 25 companies that parliament's public enterprises committee suspects of being "captured" with a view to pointing the National Prosecuting Authority and the Special Investigating Unit in the right direction to investigate.

"The substantial evidence collected by this committee's fact-finding inquiry makes it necessary to provide a public list, so as to assist the relevant authorities to take the appropriate action," it states.

There is growing public frustration that despite the countless allegations in the public domain about politically related corruption at state-owned enterprises, no one has yet been successfully prosecuted.

Home affairs minister Malusi Gigaba will be called to account in Parliament next week to “clarify the department's view on the granting of permission ...
News
3 years ago

The Constitutional Court has dismissed home affairs minister Malusi Gigaba's application for leave to appeal against a lower court ruling that he ...
News
3 years ago

The report has not yet been finalised although the committee completed its inquiry in April, leading to concerns that it is being stalled. Business Day has seen a copy of the draft. Committee chairperson Zukisa Rantho said on Thursday that final corrections were being done, after which it would be adopted by the committee and sent to the National Assembly.

Several other politicians, including former deputy public enterprises minister Ben Martins are also on the list, as well as staff members of Gigaba and Brown.

Brown and Martins said yesterday they were unable to comment on a report they had not seen and Gigaba's spokesperson Vuyo Mkhize said he doubted that the minister could comment as he too had not seen it. There's a mounting pressure for Gigaba to resign after public protector Busisiwe Mkhwebane ruled that he had lied under oath and violated the constitution in the matter of of the Oppenheimer family private international airport terminal at the OR Tambo International Airport, as reported by our sister publication the Sunday Times yesterday.

But Gigaba, whose sex video went viral on social media last week, has reportedly said he would not resign because of a smear campaign against him.

The report is scathing about both Brown and Gigaba, recommending a forensic inquiry into board appointments they made at Eskom, which in both cases comprised a large number of individuals linked to the Gupta family that has been accused of using connections with Zuma and his family to divert state resources towards their businesses.

A McKinsey spokesperson said: "We have not been provided with a copy of this leaked document, so it's impossible for us to comment on what it may or may not contain. We have conducted an extensive investigation, including over 110 interviews and a review of more than one million documents. We found no evidence to substantiate any allegations that our firm engaged in acts of corruption or bribery."

Following an exclusive interview with eNCA on November 4 2018, South Africans took to twitter to share their thoughts on Home Affairs minister Malusi Gigaba and his latest scandal.