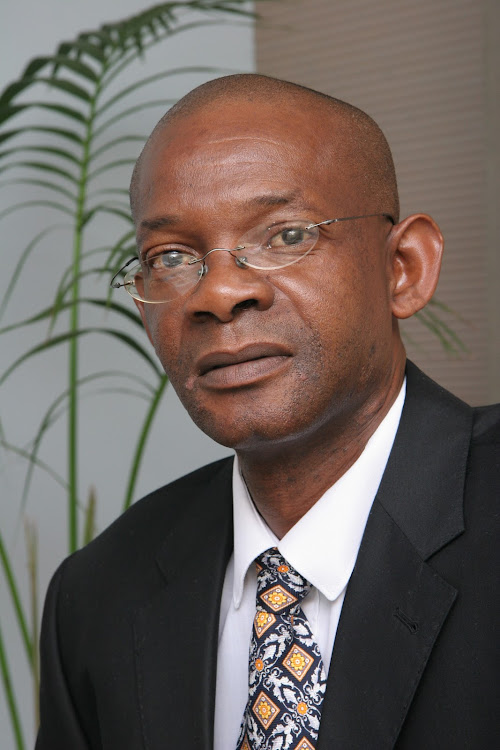 Advocate Silas Ramaite was grilled during an interview for the position of National Director of Public Prosecutions at the Union Buildings.
Image: Jeremy Glyn

Despite being repeatedly criticised for failing to answer questions, the acting national director of public prosecutions [NDPP] on Wednesday maintained that the institution had undergone some imperative changes since he took on the role in August.

During his interview in Pretoria for the position of NDPP, Silas Ramaite said there were big challenges in the office before his appointment.

"But if you look at what is happening now,  there’s been a lot of improvement in the work that has been done," said Ramaite.

Interviews for NPA boss position to be open to the media

Advocacy group Right2Know (R2K) has won its court bid to force President Cyril Ramaphosa to make the interviews for the new National Prosecuting ...
News
3 years ago

He said perceptions about problems and ineffectiveness in the National Prosecuting Authority (NPA) were brought about by a lack of understanding.

"In my view that happened because there was a lack of understanding. First of all, the constitutional role of the NPA and, secondly, the responsibility and functions of not only the NPA but the NDPP," he said.

Ramaite pointed out two instances when he felt that the NPA was unstable - when Mxolisi Ncasana and Shaun Abrahams left their positions as head.

On both occasions, he stepped in to fill their shoes in an acting capacity.

Should he get the job, Ramaite said, he would be able to turn things around and restore public confidence in the institution.

Interviews for the National Director of Public Prosecutions position kicked off at the Union Buildings in Pretoria on Wednesday.
News
3 years ago

Asked how he would build trust, Ramaite said by involving all of the leadership.

He said he had a strategy in place to create team building.

Panelists questioned him on the case of former crime intelligence boss Richard Mdluli.

The then deputy NDPP, Nomgcobo Jiba, and special director of public prosecutions Lawrence Mrwebi were found to have acted improperly when they dropped charges against Mdluli relating to the kidnapping and murder of Oupa Ramogibe in 1999.

Ramogibe had entered into a civil marriage with Mdluli’s customary wife, Tshidi Buthelezi.

Ramaite said such an incident "would not happen under his watch".

While he could not point out the positives of his work performance, he highlighted that there was not a single court judgment where he had been named or fingered as having made an incorrect decision.

Ramaite appeared frazzled as he was questioned about certain instances where he disagreed with certain officials of the NDPP about decisions they had taken.

He said he had agreed to disagree with the people and accept that his view had not been accepted.

"In most of the instances, I had warned that we are likely to have judgments against us," he said.

"I didn't do anything further," he continued.

Panelists lambasted him for this, saying such incidents were what had led to the chaos at the NDPP.

"There was little I could do within the confines of my role as deputy national director," he said.

Panelists described Ramaite as being very philosophical, saying he was being indirect in his answers.

He was also accused of being hesitant in delivering his answers and appearing to be indecisive.

Ramaite has more than 15 years' experience at the office of the NDPP and has held the position of deputy national director responsible for administration and the office for witness protection.

He has served as a deputy to four NDPPs.