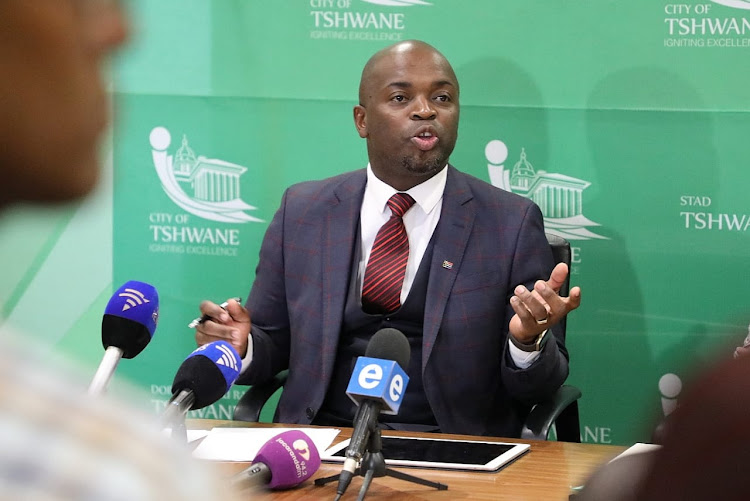 Tshwane mayor Solly Msimanga has refused to be drawn into another public spat with his city manager Moeketsi Mosola who said he had lodged a grievance against him.

Msimanga declined to comment on Sunday on Mosola’s latest move, saying there are investigations under way that are dealing with the city manager’s conduct.

“What you should be asking the city manager is when did the so-called report reach the city and who got [it] first? What information did he take to his lawyers on the day he decided to interdict the releasing of the report, especially if he says he hasn’t seen the report? Why would he interdict something he hasn’t seen,” asked Msimanga.

On Friday, the Labour Court in Johannesburg postponed the matter between Mosola, Msimanga and the speaker following the city manager's successful bid in interdicting the GladAfrica preliminary report to be tabled before council in October.

Tshwane Metro COO James Murphy has distanced himself from the controversial appointment of GladAfrica.
News
3 years ago

Mosola had argued that the appointment of Bowman-Gilfilan to investigate his conduct in the multibillion-rand contract was irregular. About a week ago, Mosola submitted a formal grievance to the speaker against the mayor and the DA-led administration accusing them of “leaking” the preliminary report to the media.

Mosola was investigated by the city for alleged impropriety in the R12bn contract awarded to engineering firm GladAfrica.

In September Mosola, who enjoys support from the EFF, faced a possible suspension, however, he survived when council changed tune and resolved that the probe against him happen while he remained in office. His powers were, however, slightly clipped when council ordered his deputy and the city’s chief operations officer, James Murphy, to appoint the firm to investigate him.

Mosola described Msimanga’s statements of being ethical as “laughable” because he was the one who leaked the council report in order to tarnish his image.