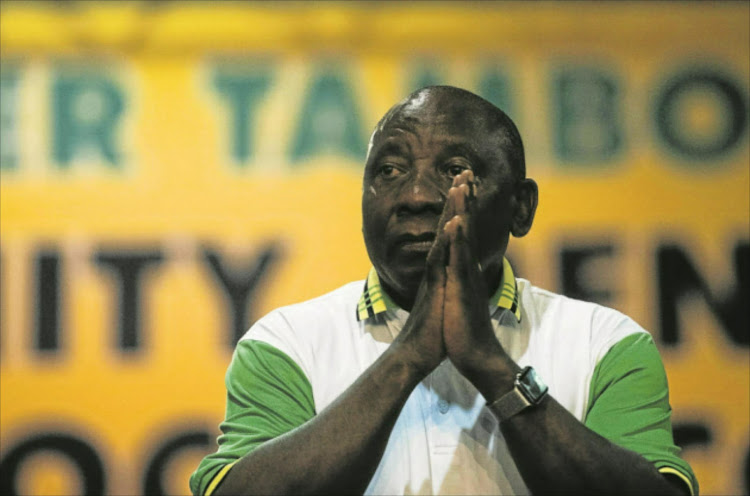 Senior ANC leaders are descending on the Eastern Cape this weekend in a pre-election drive.

The party announced earlier this week that President Cyril Ramaphosa would lead a team of top ANC officials together with the entire 80-member national executive committee (NEC) when he criss-crosses the Eastern Cape this week as buildup towards the 2019 general elections kicks in.

ANC provincial spokesperson Gift Ngqondi said the ANC’s elections team members, including Fikile Mbalula, Zizi Kodwa, Senzo Mchunu and deputy secretary-general Jessie Duarte, were already in the province by late Friday, “to assess the state of ANC elections structures in the province as well as regions, zonally and at branch level”.

Ngqondi said the team was busy finalising the schedule of all the top officials and the NEC members who will be deployed to all regions on Sunday and Monday.

The two-day programme includes a door-to-door campaign to various villages, townships and surburbs across the province.

Ngqodi said Ramaphosa’s door-to-door campaign in the Eastern Cape was part of the ANC’s efforts to interact with community members as part of the “Thuma Mina” programme.

“The national officials and NEC members will make door-to-door visits to encourage electorates to take IDs, register to vote and to ensure their particulars are in order,” said Ngqondi.

“Thuma Mina is about the ANC reconnecting with the people through activities that improve their lives and solve the problems that confront them. Through Thuma Mina, the ANC reaffirms its commitment to work with the people to create a better life for all,” added Ngqondi.

Ngqondi said the visit to all regions will see the top party leaders “interacting with our people to get first-hand account of their issues and working with them towards finding long lasting solutions”.