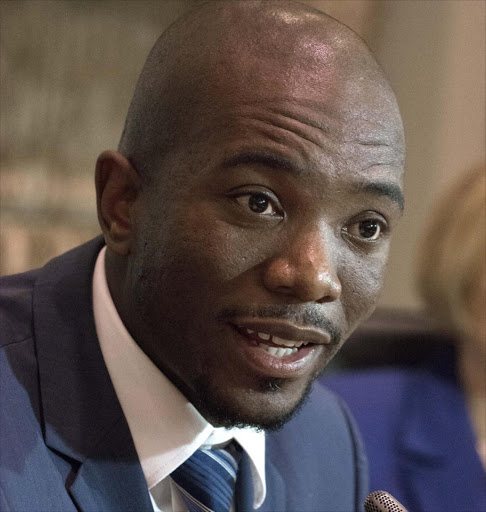 The five City of Cape Town councillors who resigned as DA members on Thursday have demanded that DA leader Mmusi Maimane withdraw an alleged defamatory statement he made against them by 6pm on Monday.

They said his failure to retract the statement would result in them suing him and the DA for defamation.

During a meting of the Cape Town city council on Thursday‚ Shaun August‚ Suzette Little‚ Siya Mamkeli‚ Thulani Stemele and Greg Barnardo announced their resignations from council and as members of the DA.

“We did so individually and after each of us had taken a long considered personal decision about our future in the DA. Each of us did so for our own reasons.”

They said Maimane was reported‚ by the media‚ to have said on Friday that the reason they had left the party was because the Bowmans investigations had implicated them.

They said Maimane was reported to have said the Bowmans report “made serious findings against these people. They must be investigated.”

The five said Maimane had repeated this claim in his newsletter Bokamoso‚ when he said now that a credible forensic investigation by a credible legal firm had allegedly implicated the five in tender irregularities‚ the DA was suddenly a racist party.

“These five councillors have resigned‚ claiming racial victimhood. Can it be coincidence that they have suddenly decided the DA is racist now that they stand accused of maladministration?” Maimane said in his newsletter.

The five said there were two Bowmans report and neither of them had made any findings against any one of them.

Cries of racism by five Patricia de Lille allies who quit the City of Cape Town and the DA on Thursday have been dismissed as a “hollow claim”.
News
3 years ago

“In fact neither of the reports even mention our names. Maimane‚ and the DA‚ have launched a dirty tricks campaign against us‚” the five said in a statement.

The five former councillors said on Sunday they had instructed an attorney to assist them in taking take action against Maimane and the DA for his false and defamatory statements.

“Our attorney demanded that he retract the false and defamatory allegations against us in the same manner in which he made them.

They want Maimane to issue a media statement and publish another Bokamoso newsletter.

“In both cases he is to apologise unequivocally for making false and defamatory allegations against us.”

In a short statement in response the DA said: “Mr Maimane has received the letter‚ and is seeking legal advice on the matter.”