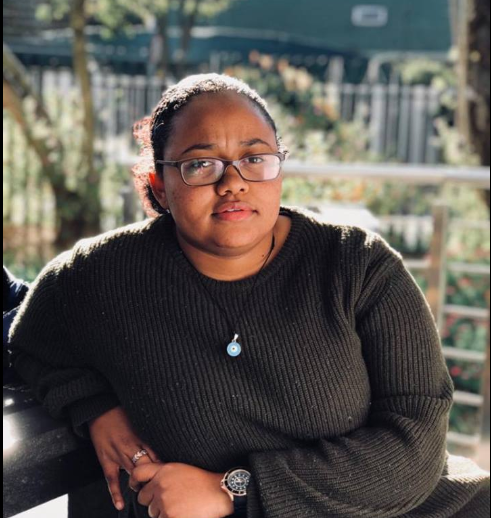 Student Fayrooz Saleh appeared in court on Friday after she was bust with R10m in cash at OR Tambo International Airport on September 11.
Image: SUPPLIED/Facebook

A 22-year-old student caught with just over R9m in bundles of US dollars in her hand luggage at the OR Tambo International Airport intends to plead guilty to failing to declare the cash.

Fayrooz Saleh appeared nervous as she took her place in the dock at the Kempton Park Magistrate’s Court on Friday. Dressed in a tan T-shirt and sporting curly dark hair and glasses‚ she battled to stand still and swayed from side to side as her case was heard.

If her guilty plea is accepted‚ the court could order that she pay a fine that could amount to treble the value of the goods she failed to declare‚ or that she serve jail time not exceeding two years.

Besides failing to declare‚ Saleh‚ believed to be from Ennerdale in Johannesburg‚ also faces a charge suggesting the cash may be the proceeds of a crime. The state alleged that she took the money knowing it was obtained unlawfully.

It remains unclear where she got the cash.

She has no previous convictions or pending bail matters.

Nearly R10-million found in student's hand luggage at OR Tambo...

On September 11‚ Saleh was arrested at OR Tambo International from where she was to depart for Hong Kong.

According to court documents‚ she was stopped by officials from the SA Revenue Service (Sars) who took her to the customs area. They opened her luggage in her presence and found $630‚700 (R9m).

When questioned‚ she said she was heading to Hong Kong to buy goods.

Saleh appeared in court last week shortly after her arrest and said she could afford bail of R10‚000. The court granted her bail of R20‚000 instead.

“She admitted that she was not the owner of the currency‚ nor could she provide any proof of ownership‚” the statement read.

Saleh’s matter was postponed to October 10 for state prosecutor Hleli Mcosini to consult with the Hawks and the Director of Public Prosecutions.

Saleh quickly left the court building after the matter was postponed.