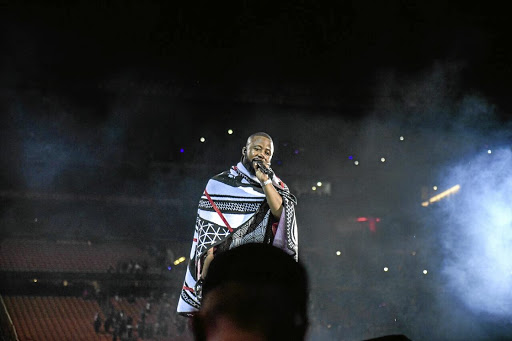 The party's leader Julius Malema announced that the party will throw its legal weight behind Mayengani who has come under attack by the rapper over the usage of the phrase #Fill Up. Last weekend Mayengani staged a successful music show under the banner of #FillUpGiyaniStadium.

But a few days later, as Sowetan reported on Tuesday, Cassper cried foul, saying  Mayengani was cashing in on his intellectual property, saying #FillUp was his registered trademark.

Cassper, real name Refilwe Phoolo, said Mayengani did not obtain his permission to use the concept at his hometown in Giyani, Limpopo.

But the EFF leader lambasted the award-winning rapper, accusing him of being “a bully”.

"We will defend you chief @BennyMayengani, don't be scared of bullies who are threatened by talent. We have the best in town, let them bring it on," Malema said on social media.

His political party reiterated his statements in a press release which was issued late yesterday.

"The EFF condemns with disgust, the lousy and absolutely greedy move b y Hip Hop musician Refiloe Phoolo aka Cassper Nyovest to sue Tsonga music artist Benny Mayengani for using the words "fill up" for his successful concert in Giyani stadium.

"Phoolo, through his lawyers, has written a letter to Maynegani claiming the words "Fill Up" belong to... him alone by trademark law," the statement read.

In a response to a query by the Sowetan on Wednesday, the Companies and Intellectual Property Comission (CIPC) confirmed that #FillUp was a registered trademark.

Cassper's manager Lerato Tlee Moilao said the matter was in the hands of their legal team. Mayengani is a member and vocal supporter of the EFF.