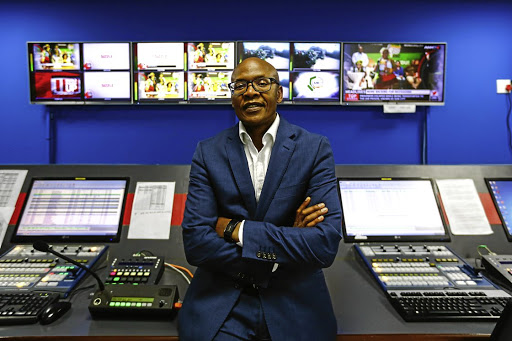 MultiChoice has been reported to the Competition Tribunal for allegedly being biased against Afro Worldview.

In an affidavit seen by SowetanLIVE, Mothusi Tsineng has accused MultiChoice of not giving Afro Worldview the same treatment it gave competitors the SABC and eNCA.

Tsineng said MultiChoice did not act in good faith when it decided to discontinue airing Mzwanele Manyi's channel when its contract came to an end on August 20.

Tsineng had attempted to interdict the announcement of a successful bidder to replace Afro Worldview; however, MultiChoice went ahead and announced that Newzroom Afrika, a company owned by Thabile Ngwato and Thokozani Nkosi, will be taking over the channel.

MultiChoice announced in January that it would not be renewing the then Gupta-owned ANN7 contract which had been airing on DStv channel 405 when it lapsed in August.

In making the announcement, MultiChoice CEO Calvo Mawela said their investigation into alleged corrupt dealings with ANN7 found no evidence of illegal activities.

"The key finding is that mistakes were made by the MultiChoice management team in regard to its relationship with ANN7 and its lobbying processes, but the committee found no evidence of corruption or illegal activity," said Mawela.

Newzroom Afrika has been announced as the new black-owned news channel to air on DStv bouquet channel 405.
News
3 years ago

"The mistakes highlighted were the failure to do comprehensive due diligence around ANN7, and not raising concerns about ANN7 and its associates as they came to light, instead waiting for public controversy to take hold.

Tsineng told the Competition Tribunal that MultiChoice did not stop airing SABC's channel even when its contract had also expired.

“I submit that on the strength of what is in the public domain, MultiChoice has done two things. It did not offer an essential facility to Afro Worldview hence Afro Worldview is unable to broadcast, subjecting it to a bidding process but [the] SABC, whose contract had also lapsed in the same month as that of Afro Worldview, continues to broadcast on channel 404 without any bidding condition imposed, yet both companies are horizontal competitors within the meaning of the act. This indicates some bias against Afro Worldview," his affidavit read.

Tsineng, who according to the affidavit was watching Afro Worldview religiously, has submitted that the continued exclusion of the channel from the DStv bouquet is causing irreparable damage to him.

He has requested that MultiChoice immediately reinstate Afro Worldview “which has assisted me as an activist to voice out the concerns of those who are unable to challenge the difficulties they face daily”.

Tsineng also argues that the reinstatement of the news channel will also see hundreds of the now unemployed staff getting their jobs back.

Over 300 people lost their jobs when Afro Worldview stopped airing on Monday, August 20 2018.

Meet the team behind the new DStv channel Newzroom Afrika

Thokozani Nkosi of Newzroom Afrika said the company was independently owned by him and his partner Thabile Ngwato.
News
3 years ago
Next Article