‘We stand behind Msimanga’: Maimane 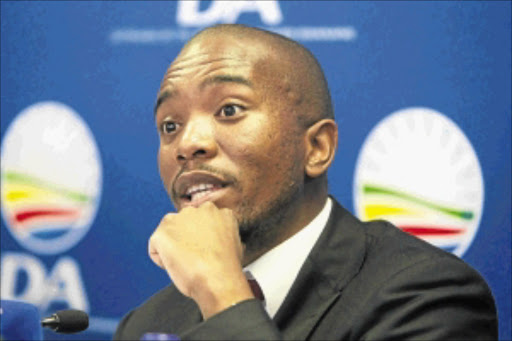 Msimanga will on Thursday face a motion of no confidence tabled by the ANC and the EFF.

"We stand firmly and resolutely behind the mayor of Tshwane‚" said Maimane.

He said Msimanga was fighting corruption in Tshwane‚ something he promised he would do as mayor.

Maimane was addressing the media in Johannesburg following an urgent meeting of the DA's Federal Executive.

It followed after‚ in the Nelson Mandela Bay metro earlier in the week‚ the ANC was boosted by the EFF to vote out DA mayor Athol Trolip.

Maimane said the DA would not forward a candidate should Msimanga be removed from his position.

"Come tomorrow‚ we will not be presenting a different candidate‚" said Maimane.