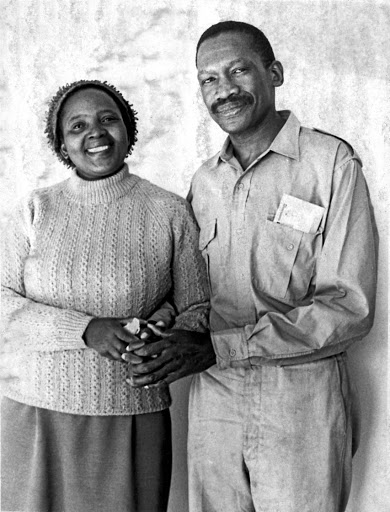 The "official funeral" status for Mama Zondeni Sobukwe's burial was withdrawn prematurely because of "certain elements who disrespected the decorum of the funeral".

This is according to government spokeswoman Phumla Williams in a statement released following the degeneration and chaos that erupted at the funeral service that was held in Graaff-Reinet in the Eastern Cape on Saturday.

It was at this service that Deputy President David Mabuza had to be whisked away by the presidential protection unit personnel "for security reasons".

"The handing over of the flag and ceremonial guard of honour withdrawal‚ which signals the end of the official funeral‚ has had to be done at the marquee at the Botanical Gardens. This is normally done at the gravesite but unfortunately a decision had to be made‚ after consulting with the family‚ to dispense the ceremonial aspects of the funeral at the marquee which signalled the end of Mma Sobukwe’s official funeral‚" said Williams.

"The decision was taken to ensure that certain disruptive elements who were hell-bent on desecrating the dignity of Mam’ Sobukwe did not succeed. As government we are saddened by the behaviour of certain elements who disrespected the decorum of a funeral."

Mama Sobukwe’s burial was‚ at the request by Eastern Cape Premier Phumulo Masualle‚ accorded a Special Official Funeral Category 2 status‚ which is reserved for distinguished persons‚ by President Cyril Ramaphosa.

The funeral service for the late struggle icon Mama Zondeni Veronica Sobukwe was disrupted on Saturday morning by a group of Pan Africanist Congress ...
News
3 years ago
Next Article