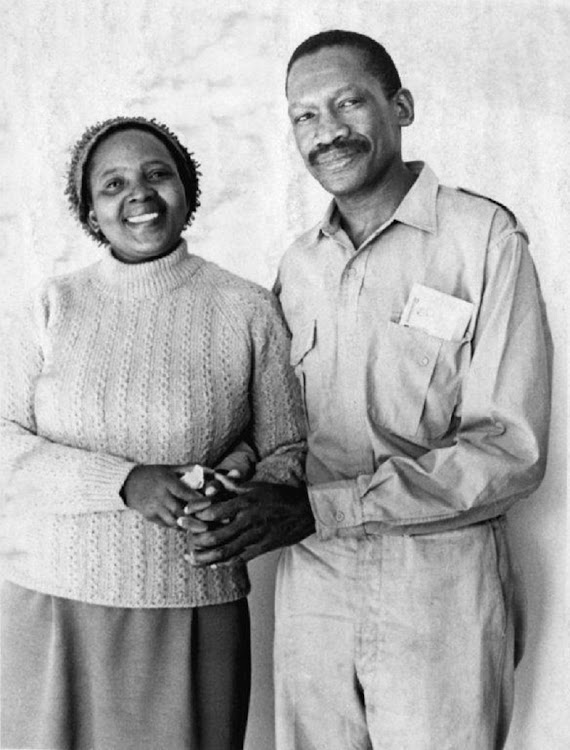 Being in the background and only referred to in discourse about her husband had been the lived reality of Zondeni Veronica Sobukwe. Yesterday, SA woke up to the sad news that Robert Sobukwe's widow died at the age of 91 at her Graaff-Reinet home in Eastern Cape.

That she was reserved did not mean she was meek and helpless when confronted by black people's situation set upon them by the political mechanisation of minority white rule. To vouch for her Struggle credentials, her involvement in a trainee nurses' strike at Lovedale College in Alice, Eastern Cape, in 1959 changed her life.

When leaders of black society at the time stepped closer to the noises the nursing students were making, a young Robert Sobukwe was among them. He ended up falling in love, not only because of Zondeni's beauty but her feistiness standing up to the might of white authority of that time.

Needless to say, she and other strike leaders were expelled from college, then began a political career when she was sent to Johannesburg later in 1949, to inform Walter Sisulu about the plight of black nursing students at Lovedale.

The following year she and Sobukwe tied the knot and thus continued a life of struggle alongside her husband, and in the 1960s a decades-long fight for better treatment and freedom of her jailed husband.

In 1966, after MaSobukwe's spirited fight for her ill spouse to be given proper medical treatment, Sobukwe was secretly transferred from Robben Island to Karl Bremer Hospital in Cape Town.

Her motherly touch was seen and appreciated by the nation on May 12 1997, during her testimony at the Truth and Reconciliation Commission. After giving heart-wrenching details about her family's suffering during apartheid, commissioner Ntsikelelo Sandi asked her: "Do you have a request or requests to put before the commission?"

She replied that she needed psychological therapy and skills training for her son Didane, and that schools in her area be furbished and a sport field "so that our people are occupied in a proper way".

With so much humility in her fight for social justice, those who conspired to steal state funds in the face of the dire need to fix our schools, hospitals and sports grounds should hang their heads in shame.

The Sobukwe family says it will remember Zondeni for her “humility and simplicity”.
News
3 years ago
Next Article