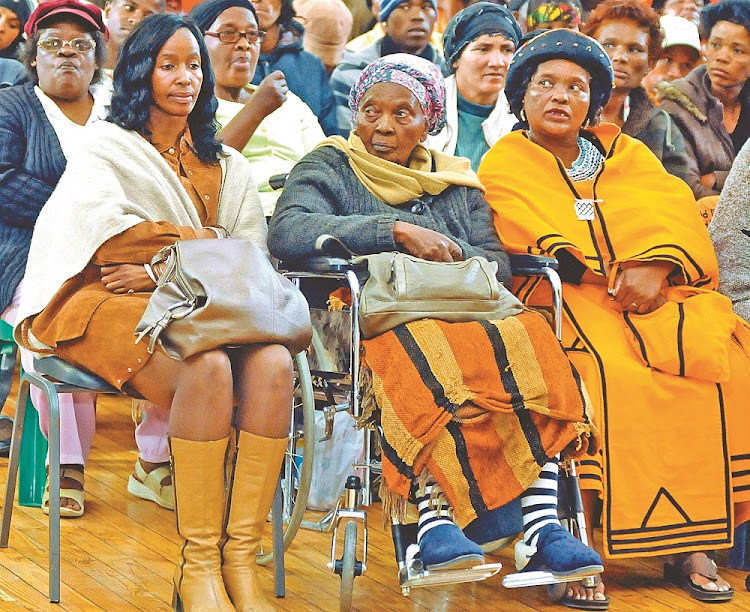 Moloto said they were shocked and saddened by her death, but they were happy with the life she had led and the contribution she made to South Africa’s liberation struggle.

“She was an extraordinary and selfless individual who placed the wellbeing of her people first before her own. She was a strong women who supported her husband through the trials and tribulations that he went through and consequently bore the brunt of the Apartheid regime,” Moloto said.

Moloto said Sobukwe was unwavering during the struggle years and had to be a pillar of strength for her family as she had to raise her children alone while her husband was imprisoned.

“We, as the leadership of the PAC, paid her a visit recently and it's as if she knew she was going to leave us because she asked us whether we were there to bid her farewell. She was happy to see us – for a person who rarely smiles she smiled a lot,” he said.

He said Sobukwe’s death was a loss not only to the party, but to South African women as well.

Moloto said he was saddened that Sobukwe was not celebrated enough throughout her life and her contribution was edited out of the country’s history.

“MaSobukwe was a forgotten warrior, the ruling party has failed to honour her or PAC’s contribution to out liberation even though President Cyril Ramaphosa recently honoured her with the Order of Luthuli,” he said.

He said they would be engaging the family and government to organise her funeral.