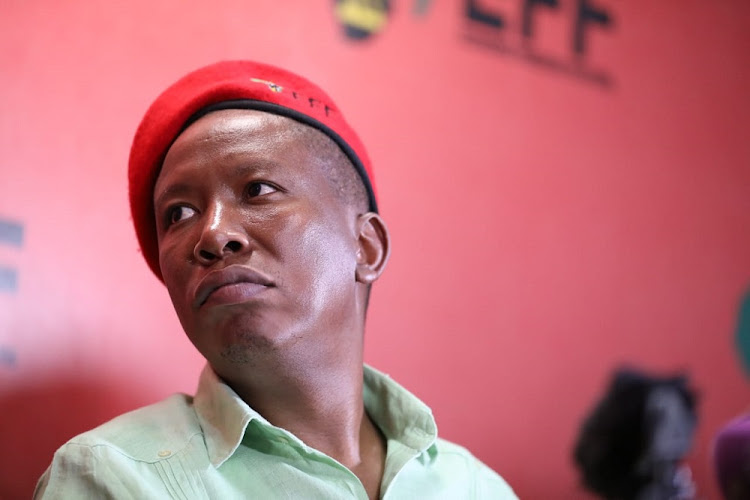 EFF leader Julius Malema on Thursday told US president Donald Trump‚ whom he referred to as a pathological liar‚ to stay out of South Africa's domestic affairs.

This comes after Trump tweeted that he had asked his Secretary of State to look into land expropriation without compensation in South Africa.

Malema said at a media briefing at the party's headquarters in Braamfontein that the EFF would not be intimidated by the US. "We want to send a strong message to the USA authorities‚ just like we did to the Australian authorities: Stay out of South Africa’s domestic affairs.

"South Africa is a post-colonial country with deep racial inequalities that were long designed by apartheid and colonisation. Our land expropriation programme seeks to realise the ideal of equality and human dignity‚" said Malema.

He said that the process of land expropriation was a means to force white people to share land which was gained through a crime against the humanity of black and African people.

"We must put it on record‚ unequivocally‚ [to] Donald ‘the pathological liar’ Trump: We are not scared of you and your USA or Western imperialist forces‚" Malema said.

EFF leader Julius Malema addressed the media in Johannesburg on August 23 2018 on his response to US President Donald Trump’s tweet on land expropriation.

Government to step up international communication on land issue