Jail's short on Krejcir comforts‚ and Radovan's bawling about it 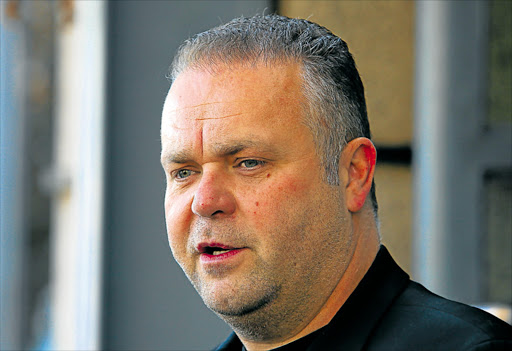 The Correctional Services Department is "forcing" convicted mobster Radovan Krejcir to eat "African" food - and he is not liking it one bit.

In a litany of complaints‚ said to be contained in a letter to the Hawks‚ Krejcir also voices his disapproval over his too-small prison cell; poor medical attention; confiscation of computer equipment; no Skype time with his deported family; and a mattress inadequate for his sore back.

The letter will be handed over the Hawks later this week.

The complaints were similar to concerns raised in a court application in April‚ which was struck off the urgent court roll. That application contained letters from the Czech Republic embassy and doctors‚ and sought to have Correctional Services Minister Michael Masutha and Krejcir’s prison officials held in contempt of court for failing to adhere to seven previous court orders.

But Correctional Services spokesperson Logan Maistry dismissed the allegations and said previous court orders had not been ignored.

Jail's short on Krejcir comforts, and Radovan's bawling about it
Next Article