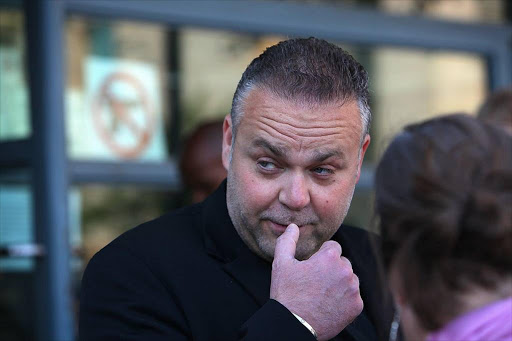 The sentencing proceedings of Czech fugitive Radovan Krejcir were adjourned on Monday after a bomb scare at the Johannesburg High Court.

An officer notified state prosecutor Louis Mashiyane that there was a bomb scare in the building and he in turn informed the court.

The whole court was cleared and police officers entered the building with a sniffer dog.

Court was adjourned until Tuesday.

Earlier it was reported that Krecjir's attempt to replace Judge Colin Lamont failed.

An application by convicted Czech Republic fugitive Radovan Krecjir to have Judge Colin Lamont recuse himself from the sentencing proceedings failed on Monday.

Krecjir‚ who represented himself in the Johannesburg High Court after firing his lawyer‚ said Lamont was not objective‚ and was dishonest and untruthful.

When Lamont asked for factual proof to support Krecjir’s statements‚ Krecjir requested that the transcript of his trial be read in court. This was refused as Lamont dismissed the application.

“You are a part of a conspiracy against me and my family‚” Krecjir told Lamont.

He also asked that his handcuffs be taken off while the trial was proceeding‚ which was also refused.

“This shows how biased you are if you do not allow me to have these chains off‚” Krecjir said.

In August‚ Krecjir was convicted of attempted murder‚ kidnapping‚ and dealing in drugs. He was involved in the kidnapping and torture of Bheki Lukhele‚ whose brother‚ Doctor‚ allegedly disappeared with 25kg of the drug tik belonging to Krejcir. Doctor worked for a cargo company at OR Tambo International Airport and Krejcir wanted his help to smuggle the drug out of the country.