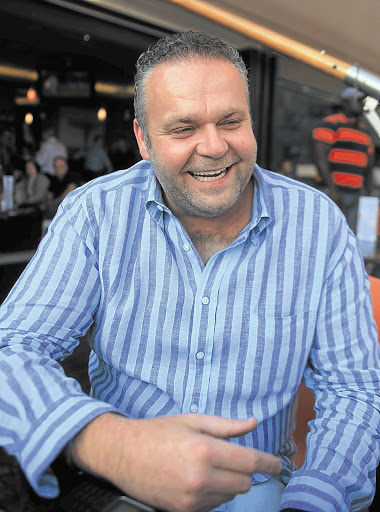 Krejcir was also allegedly busted on numerous occasions for trying to smuggle cellphones into his prison cell while he was still held at the Kgosi Mampuru II prison in Pretoria.

In an exclusive interview with Sunday World, a Correctional Services official, who did not want to be named as he was not authorised to speak to the media, said Krejcir has a television set and gym equipment in his cell.

He said warders at Kgosi Mampuru intercepted a container full of fresh milk meant for Krejcir and when they emptied it, they found a cellphone wrapped in a plastic bag.

The official alleges that Krejcir tried again to smuggle a cellphone through a box of pizza.

"This man even brags that he can order a cold can of Coca-Cola any time and get it delivered to his cell," said the official.

Krejcir, who was arrested in late 2013 on a battery of criminal charges, was transferred from Kgosi Mampuru to the Zonderwater Prison, also in Pretoria, "for security reasons just before the Easter weekend".

It is understood that one of the major reasons he was moved to Zonderwater was because officials did not want him to be in the same jail with the late George Louca, who died two weeks ago.

Louca was extradited from his native Cyprus to face charges of murder relating to the killing of strip club boss Lolly Jackson in 2010.

The Cypriot, who died of lung cancer in prison two weeks ago, alleged that Krejcir was actually the one who pulled the trigger and snuffed out Jackson's life.

Krejcir's legal representative Annelen van der Heever said they were unaware of the allegations of Krejcir's antics in prison and that he had not been charged.

But according to the prison official, Krejcir enjoys expensive grub delivered to him daily including "items that are not authorised to be brought from outside".

Another official, based at Zonderwater, said the only thing Krecjir was not enjoying behind bars was conjugal rights.

"He has everything here, from gym equipment, television set and radio."

Correctional Services spokesman in Gauteng Ofentse Morwane confirmed Krejcir has gym equipment in his cell but denied that the TV set was for his exclusive use.

"The inmate is an awaiting-trial detainee and is currently incarcerated in correctional centre that does not have a gym facility for awaiting-trial detainees. The fact that he has gym equipment for daily exercise is therefore not peculiar. Ordinarily, and where possible, the needs for daily exercise can be accommodated as long as these do not compromise security. The detainee has a right to a television set as a group privilege just like other inmates," he said.

Morwane said security at the prison was beefed up after the attempts to smuggle in the cellphones.