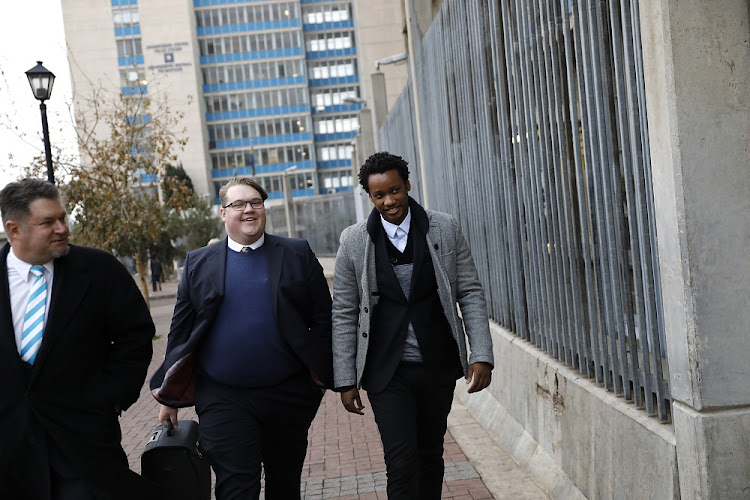 Businessman and son of a former president Duduzane Zuma arrived at the Johannesburg Central police station early on Monday morning‚ ahead of an expected appearance before the Specialised Commercial Crimes Court later in the day.

He was smiling and appeared relaxed‚ dressed in black and grey.

It is believed he will face a corruption charge but this is unconfirmed as yet.

He arrived back in South Africa from abroad last week to attend the weekend funeral of his younger brother‚ Vusi.

At the airport‚ ex-president Jacob Zuma's son was briefly detained at the airport and questioned over a 2016 matter - believed to be the alleged R600-million bribe offered to former deputy finance minister Mcebisi Jonas by the Gupta family to take over as finance minister in 2015.

Duduzane Zuma was allegedly in the room at the time of the offer.