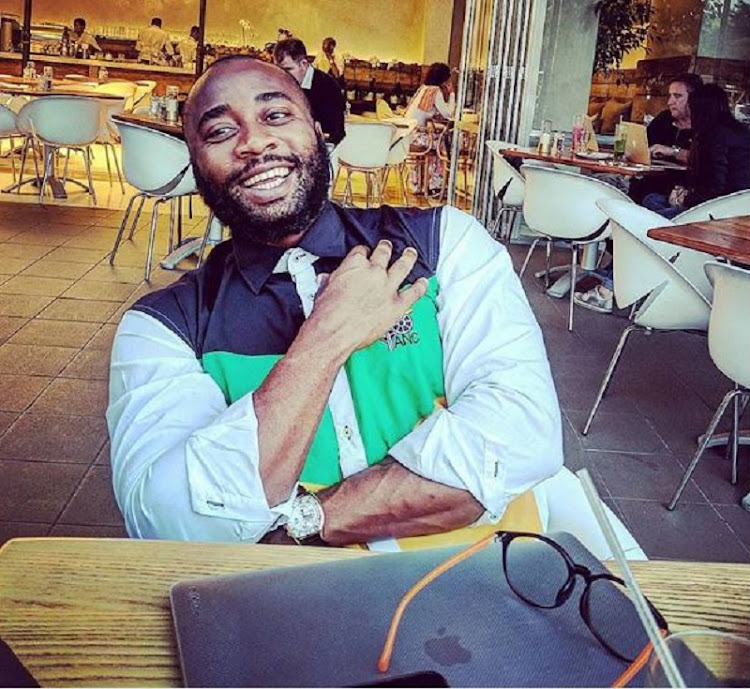 A clip on Instagram by President Cyril Ramaphosa's son Tumelo against Duduzane Zuma from his hotel room in Dubai ruffles feathers.
Image: INSTAGRAM

Yesterday, Ramaphosa's spokeswoman Khusela Diko said Tumelo was a "grown man" who had to answer for himself for his actions.

"The president, however, finds such behaviour extremely unfortunate and distasteful and not in keeping with the values he espouses or the manner in which he would expect anyone to conduct themselves."

Tumelo, in a brief video posted on his account this week, which was later deleted, took a dig at the son of his father's predecessor after arriving at a Dubai hotel.

The video, which had already been saved and was re-posted and retweeted several times by some Instagram and Twitter users, sparked debate.

Cyril Ramaphosa has this week appointed the youngest economic adviser in the history of the highest office in the land.
Business
4 years ago

Some users questioned the lack of outrage at Tumelo's remarks and comments, with others speculating on what would have happened had it been Zuma's son making the same remarks.

"I'm in Dubai ... Dubai and State Capture; hehehe [laughs] where are all those fools like Duduzane and the monkeys? Anyway, people like me are blockchain specialists and economists," Tumelo said while recording himself, seemingly with his cellphone.

Tumelo, a businessman and CEO of StudEx Wild Life, a company he founded, was in Dubai attending the World Blockchain Forum, a two-day cryptocurrency conference which ended on Tuesday.

He referred to himself in the clip as "a blockchain specialist and economist" who attended the World Economic Forum (WEF), while showing off a branded WEF bag in his room.

Tumelo's video clip also showed a massive room he had booked into at the upmarket Jumeirah Beach Hotel in Dubai, where he was based during his stay in the United Arab Emirates before checking out yesterday afternoon.

Cyril Ramaphosa will announce a team that will drive a new campaign to draw investment to SA.
News
4 years ago

"This is what happens at the casual dinner table conversations; laughing at political opponents and reinforcing racist stereotypes ... it's like father, like son," Mngxitama said.

He said the response to Tumelo had been "lukewarm, even on social media".

"If this was said by Jacob Zuma's son, there would have been calls already that he should not even be allowed to return to South Africa," Mngxitama said.

Tumelo couldn't be reached for comment yesterday despite several attempts.