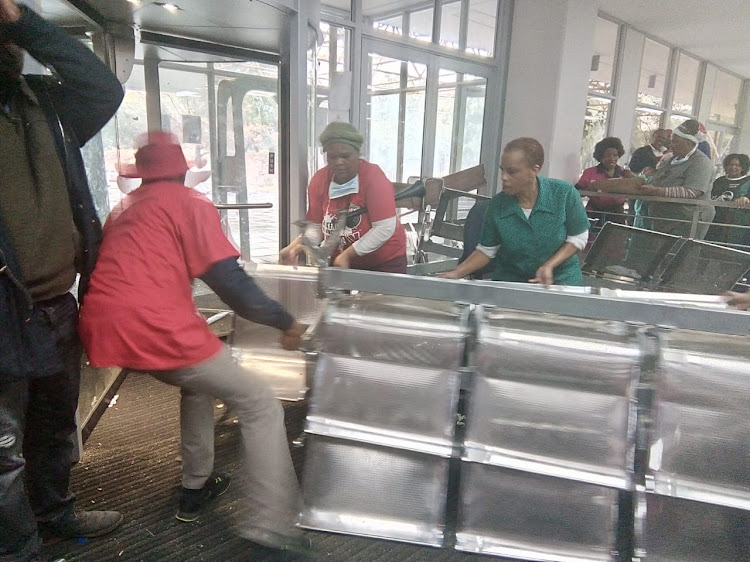 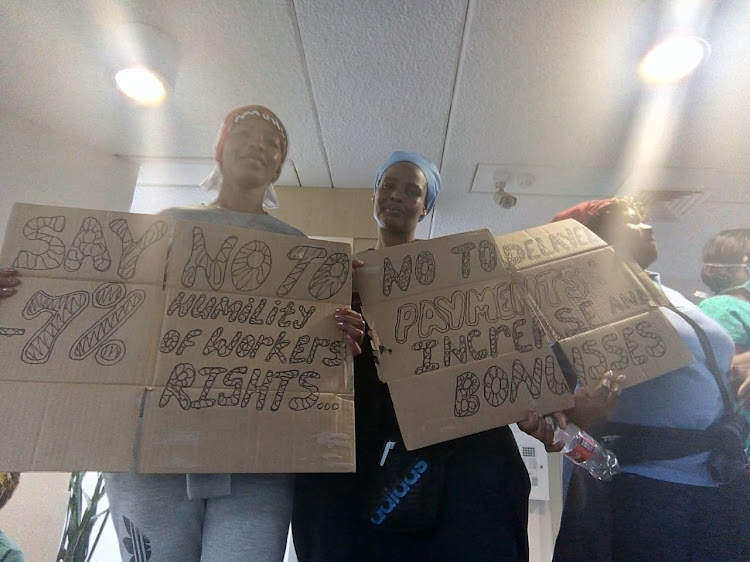 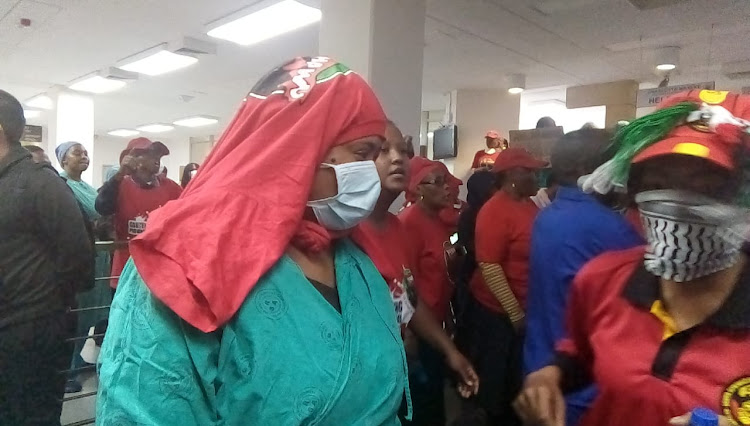 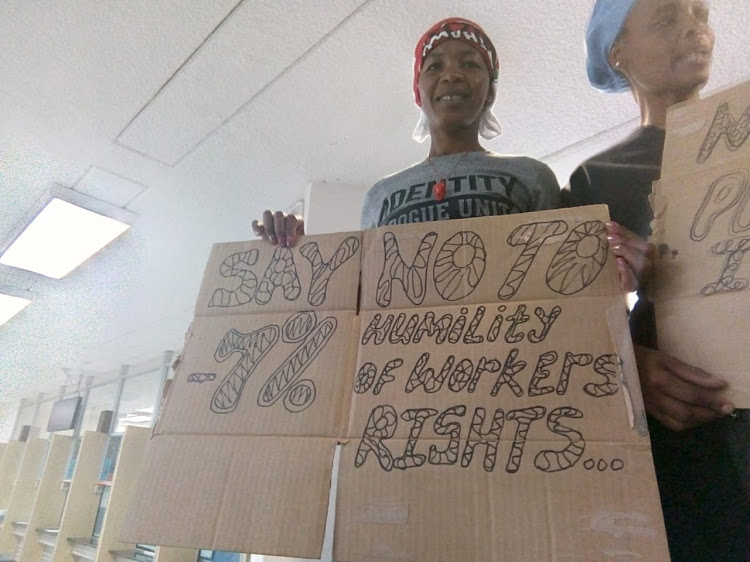 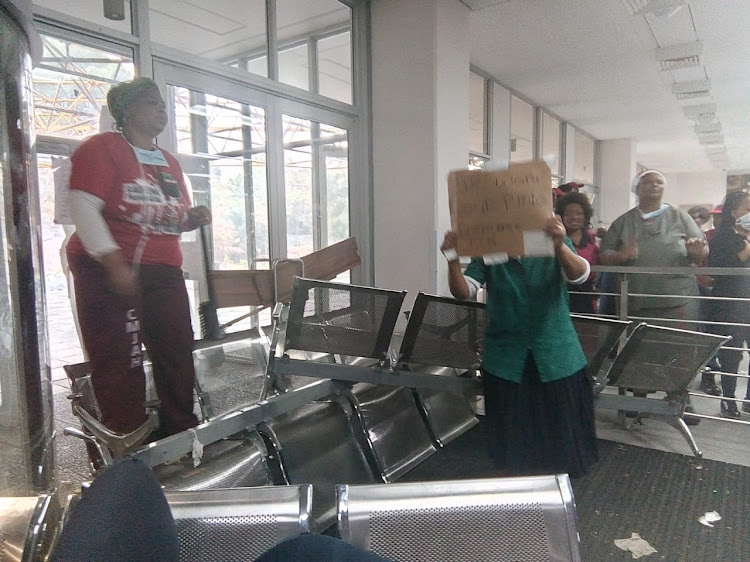 Protesting workers trashed the Charlotte Maxeke Academic Hospital in Johannesburg on Thursday in a dispute over unpaid bonuses.

The workers including doctors, nurses, cleaners and porters are demanding for the Gauteng department of health to pay out  performance bonuses owed to them for 2016/17 financial year.

Black bags containing rubbish ranging from paper to half-eaten food were emptied along the corridors‚ contaminating what is meant to be a hygienic environment.

Some patients were wheeled through the piles of rubbish by some of the non-striking workers. Others‚ with patches covering their eyes‚ were seen walking through the soiled corridors.

A few of the demonstrators wore blue face masks to protect themselves from the unsanitary conditions.

A revolving door had been blocked from the inside with a heap of metallic chairs.

A protest erupted at the Charlotte Maxeke Academic Hospital in Johannesburg on Thursday.
News
3 years ago

Get court interdict against protesters who trashed hospital: DA

The Democratic Alliance has called on the Gauteng health department to obtain a court order against protesters who last week trashed parts of ...
News
3 years ago

Charlotte Maxeke Academic Hospital’s management has been accused of negotiating in bad faith with picketing workers.
News
3 years ago
Next Article