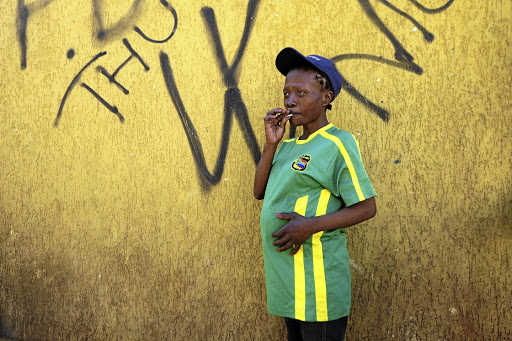 Nomaswazi Luvhengo is trapped in a hellhole of nyaope addiction.

The 26-year-old from Orlando East, Soweto, is seven months pregnant with her fourth child yet struggling to fight the urge to use the toxic mix of rat poison, ARVs and pool cleaner.

Luvhengo admits to knowing the negative effects of this to her unborn baby but her struggle to kick the habit is not uncommon among addicts.

She said she has been smoking the deadly concoction since November 2015.

Luvhengo said at first the drug was an escape from her difficult childhood after losing her mother at 15 years old and being sexually abused. 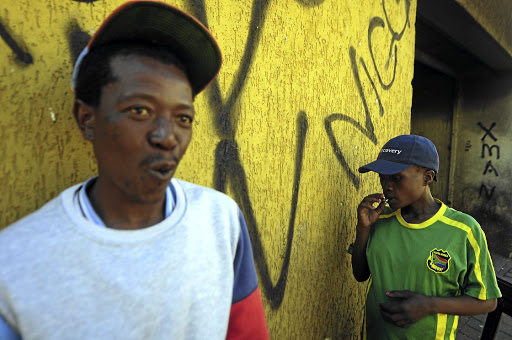 Katlego Rakobo feels he has let his family down.

"That night I slept like a baby. I forgot everything that was troubling me," she said.

At 17 she had her first child, now aged nine. She gave birth to two more children now aged six and two. She started using nyaope shortly before the two-year-old was born. She said all her children were healthy.

Luvhengo took puffs from a tightly wrapped joint laced with nyaope, marijuana and tobacco as she spoke.

Until two weeks ago Luvhengo had been sleeping at a disused basketball court in Johannesburg CBD. The location makes it easier for her to hustle and beg for money to feed her craving.

Luvhengo said she usually needed up to eight packets of nyaope a day, which cost about R20 each, to get the desired high. If she doesn't get her fix she begins to have withdrawal symptoms. "It's painful. One minute you feel hot and the next you are feeling cold. The pains have gotten worse since the pregnancy but I'm trying to cut down. This is my first joint for the day," she said.

To get money Luvhengo begs on the streets.

"I normally tell people I need money for food; that's my story."

With nights getting colder, she has gone back home to Soweto from where she commutes to town daily to hustle. 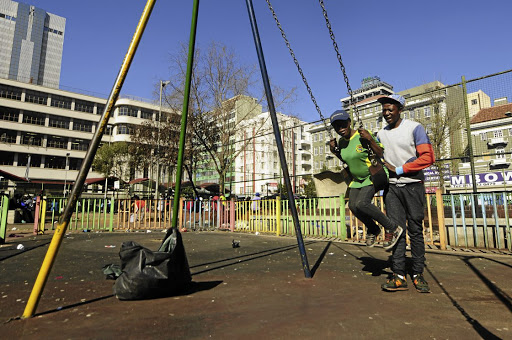 "I don't feel like I'm home because they don't treat me well. I prefer it here but it's too cold [now]. "

Luvhengo is worried about her unborn child's health.

"I pray that God forgive me and give me a healthy child. I want to quit... I try to stop on my own but it's hard. I need help."

Luvhengo smokes with her younger brother Neo and her boyfriend Katlego Rakobo, the father of all her children.

Rakobo, 32, feels he has let his family down. "I can't even support my children because of this problem. I feel like I'm ruining Nomaswazi's life. If I really cared about her we wouldn't be living this life."

Their children live with Rakobo's mother.

"I am selfish because I'm just thinking about my addiction," he said.