Hope in the midst of drugs and hard living 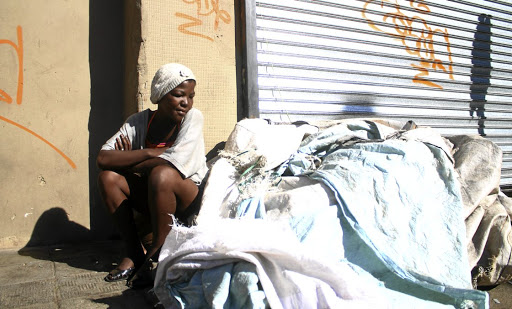 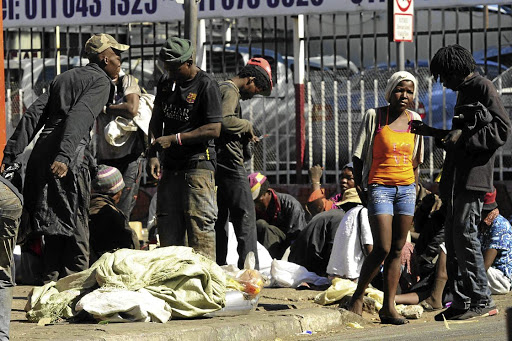 Tshepiso Khumalo left her home in KwaZulu-Natal as a 20-year-old, dreaming of escaping her small town for the big city.

She dreamt of a good job and a better life in Johannesburg. But her dream quickly turned into a nightmare.

Khumalo, 23, from Emnambithi near Ladysmith, is broken, addicted to drugs and living on the streets.

Hers is a story of false promises, drugs, forced prostitution and a risky escape.

Now all Khumalo wants is to ask her mother for forgiveness and to see her eight-year-old son, whom she left when he was only five.

She spent Mother's Day this past weekend fretting about going home. She even asked a Sowetan reporter for help to be reunited with her mother, who she last spoke to more than a year ago.

"I was a rebellious teenager, I dropped out of school and fell pregnant when I was 15 years old. That is when my misery began," Khumalo said.

Last October, Khumalo met two women in Ladysmith who told her about employment opportunities in Johannesburg.

"I was with eight other ladies and the two women paid our taxi fare to Johannesburg. They took us to a hostel in Thokoza and on the same day we were forced to sleep with different men.

"I managed to escape at night and got a lift from a lady who dropped me in the Johannesburg CBD," she recalled.

Khumalo, who sleeps at the corner of Anderson and Nugget streets in Johannesburg, met nyaope addicts on the streets who took her under their wing.

"I am the only female among 12 men. They took me in, I am like their younger sister. However, I had to bring something to the table, nothing is for free in the streets.

"I then started prostituting myself.

"That is when I was introduced to the 'rock' [drug] which I smoke to numb the pain."

Khumalo charges her "clients" R50 to feed her addiction.

"It has not been easy, it is the most painful thing I have had to do just to get by.

"I have had enough of this torture, it is not the life I wanted to live," she said.

Her male friend - who did not want to be named - said he would be very happy to see Khumalo going back home.

"She is a humble person and I am sure she can sort out any differences she had with her family," said the man.

"I last saw her three years ago and was wondering what happened to her. I almost gave up looking for her," she said.

"She was a good child, so when she left home I became incomplete without her.

"Her son asked if his mommy would be home for his 8th birthday. That is when I knelt and prayed for God to send my child back to me."

Gauteng social development spokesman Mbangwa Xaba said the department has programmes to help homeless addicts, but the drug abuser has to be the one asking for help.