Max Lichaba on haters 'warning' him about Sophie Ndaba 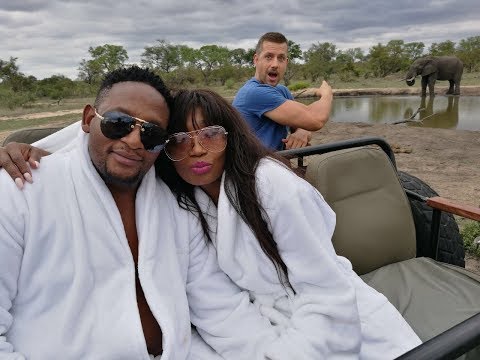 Ten months into their whirlwind marriage‚ Sophie Ndaba and Max Lichaba are stronger than ever‚ despite naysayers trying to dampen their glow.

Reports that Sophie and Max secretly tied the knot in Italy first emerged in December last year. Even though both were shy to speak about their romance then‚ they've since stepped out of their shells.

Now in an interview with Move! magazine Max opened up about how he knew Sophie was the one from the moment he met her.

Max said that even though some people tried to deter him from marrying her‚ it was no match for how he felt about her.

Sophie Ndaba married businessman, Max Lichaba. Max shared a picture of their traditional wedding on his Instagram page. He captioned it, "Team ...
Pic of The Day
4 years ago

Sophie said that she didn't pay any attention to what other people think or say‚ because as long as they were happy‚ nothing else mattered.

Two months ago Sophie and Max gave fans a glimpse into how smitten they are when they appeared on Top Billing.

The lovebirds told fans how Sophie gave Max the run-around‚ but eventually her heart gave into his proposals.

In a #TopBilling exclusive, Sophie Ndaba and businessman Max Lichaba escape to Mpumalanga and open up on the heart-warming story of their love! http://www.topbilling.com/