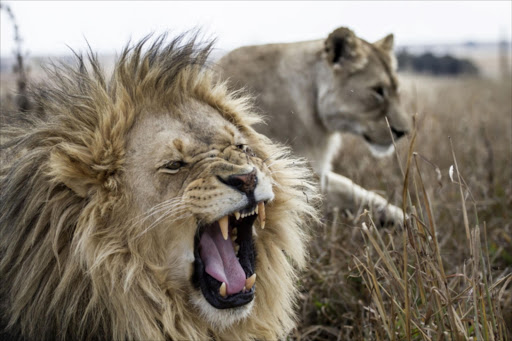 File photo of a Lion and his partner in an enclosure at the Weltevrede Lion Farm in Heilbron.
Image: Gallo Images

A group of wildlife conservation organisations is calling for an end to all public interaction with captive carnivores in South Africa.

This follows an incident that took place in Thabazimbi Predator Park in Limpopo last month where a man was mauled by a lion in captivity.

The organisations‚ which include Blood Lions‚ Panthera‚ Wildlife Act and others‚ wrote an open letter to Dr Edna Molewa‚ Minister of Environmental Affairs‚ to help curb the attacks.

“With at least 28 injured people and 12 fatalities‚ the time has clearly come for legislation to be put in place to end all public interactions with carnivores in South Africa. There is no justifiable rationale for the public to be interacting with carnivores in captivity‚ risking people’s lives‚” Blood Lions said on behalf of the group.

They are calling on the government to institute strict regulations for the management of all carnivores held in captivity that ensure that only qualified‚ experienced people have access to these animals and that no risks are posed to either human or animal life by unrestricted‚ unregulated access by people.

“Should the South African government continue to turn a blind eye to this issue; more people will be injured or killed. It is clear that the current system is flawed and a failure to react rapidly to protect people would be negligent‚” Blood Lions said.