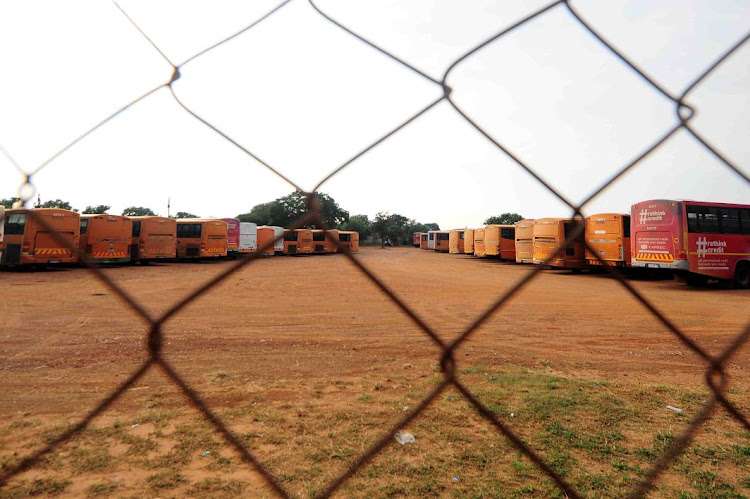 The national bus strike will continue as unions have vowed to intensify the protest.

“Unions collectively call on all members in the bus-passenger sector to intensify until such time that employers make an offer that can settle the strike‚” South African Transport and Allied Workers Union (Satawu) passenger bus national coordinator Solomon Mahlangu said on Friday.

The national bus strike started on Wednesday and has left commuters across the country stranded. The strike followed after wage negotiations in the industry deadlocked last month.

What next in ongoing bus strike saga?

The bus stops here - but negotiations between labour unions and bus companies will resume.
News
4 years ago

Think again if you want to take the bus on Wednesday‚ or you could find yourself stranded.
News
4 years ago

Commuters had to grit their teeth to navigate long‚ frustrating queues to board taxis‚ trains and share lifts.
News
4 years ago

Thousands of commuters have been left stranded this morning after the South African bus operations went on strike over wages.
News
4 years ago
Next Article