PHOTOS | EFF leaders in scuffle over entry to memorial park 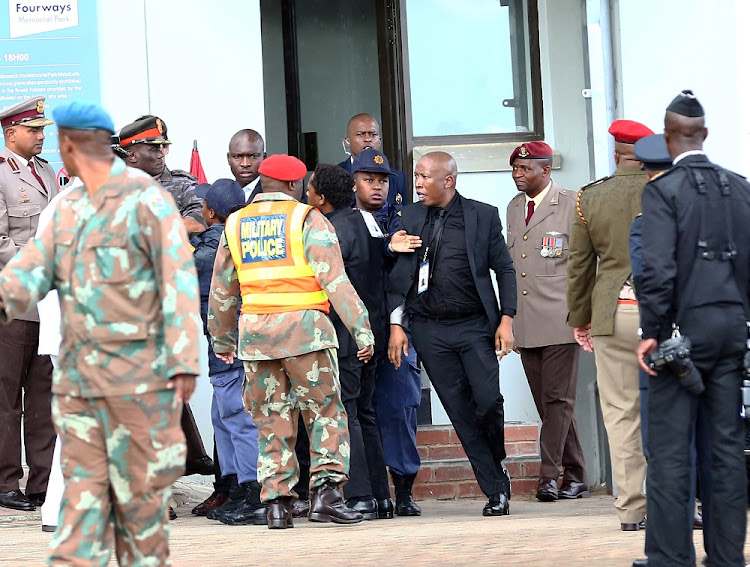 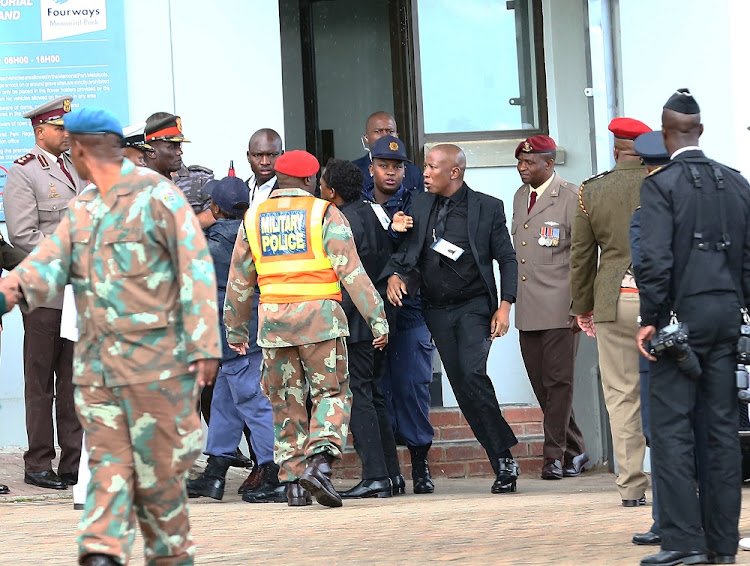 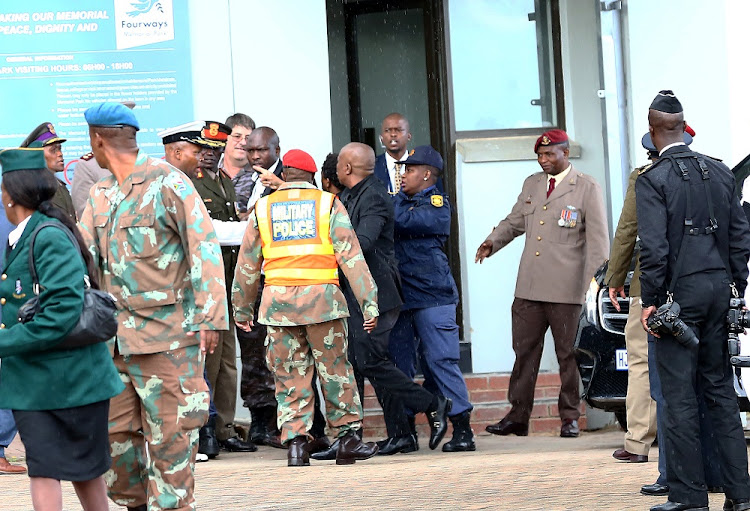 Economic Freedom Fighters (EFF) leaders were on Saturday afternoon involved in a scuffle over entry to the Fourways Memorial Park in Johannesburg, where Winnie Madikizela-Mandela was being laid to rest following her funeral at Orlando Stadium in Soweto.

A few minutes after the Presidential Protection Unit arrived at the park at 4pm‚ a scuffle reportedly broke out when EFF leader Julius Malema and senior EFF members Mbuyiseni Ndlozi and Floyd Shivambu were denied entry to the grounds.

They loudly demanded to know why they were being prevented from entering the memorial park.

Malema allegedly told a soldier who tried to stop him that "no white man can stop me".

The three were eventually allowed to enter and take their seats.

“Mama‚ those who sold you out to the regime are here”.
News
3 years ago

Winnie Madikizela-Mandela was laid to rest at the Fourways Memorial Park on Saturday afternoon.
News
3 years ago

Model and activist Naomi Campbell broke down in tears on Saturday in front of thousands of mourners gathered for the funeral of Winnie.
News
3 years ago
Next Article