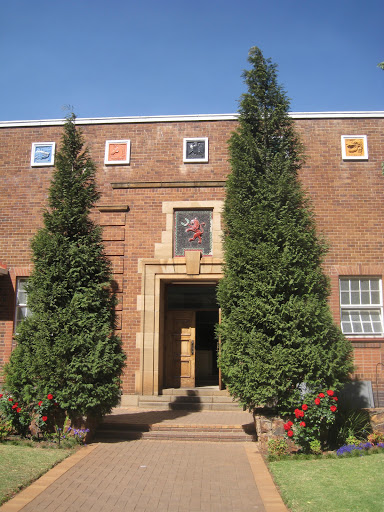 The parent of a Parktown Boys School pupil said accusations 'have damaged our boys for life.'
Image: PARKTOWN BOYS SCHOOL

Parents of pupils at Parktown Boys High in Johannesburg have spoken of the trauma their children endured as a result of alleged racism and sexual assault at the school.

“Every single bit of this evidence was presented to the headmaster‚ to the SGB (school governing body) and it was too much for them and they tried to squash the information‚” said one parent on Thursday evening in a meeting with Gauteng Education MEC Panyaza Lesufi.

“You have damaged our boys for life. We have kids wetting their beds‚ suicidal‚ wanting to jump off buildings‚ because they’ve got to smile and wave‚ put on the boater (hat) and uphold the Parktown way.”

A man alleged his nephew was sexually assaulted and Deep Heat was rubbed on his genitals. He said his sister did not attend the meeting due to the “sensitivity and the painful trauma that she is going through”.

Nine teachers have been implicated in allegations of racism and sexual assault in the department’s report presented on Thursday. Law firm Fasken Martineau compiled the report.

The four teachers will be suspended. One teacher has already resigned and another is facing disciplinary proceedings. The school recently elected a new SGB.

“At no time did we cover anything up or that we were not going to present any information to the head of department‚” said former SGB chairperson Nicholas Greyling.

“The governing body had put a plan in action where the information was going to be handed over.”

New allegations and evidence have emerged of incidents at Parktown Boys High School in Johannesburg.
News
4 years ago

“The standing and image of this institution needs to be protected at all costs‚ but that protection does not mean we should sweep things under the floor to promote this code of silence.”

Lesufi said the head of department would visit the school again in two weeks and that he had the “responsibility” to share the report with learners. He added that a permanent principal would be appointed in the next few days.

“With the challenges that you are facing in this particular school‚ you don’t want to appoint somebody that you have not vetted and checked and get other things that will shock us‚” Lesufi said.

The school was hit by controversy last year after a former Parktown Boys High School assistant water polo coach was charged with sexually grooming more than 20 pupils in 2015. He was arrested in November 2016 after some of the boys‚ aged 15 and 16‚ came forward in early 2017.

Lesufi said he had been informed on Thursday afternoon that the National Prosecuting Authority (NPA) was also investigating sexual assault allegations at the school.

A school principal has shown a group of boys at his school premises who really wears the pants when he sent them home for wearing pants the school ...
News
4 years ago

A teacher was shot dead at a Western Cape primary school on Wednesday.
News
4 years ago

Tombstone entrepreneur Lebohang Khitsane has emerged as the man featured in a widely shared video giving his school-going daughter a Porsche for her ...
Entertainment
4 years ago

We need a plan for adults still sitting in classrooms

Makukhanye Senior Secondary School in Lusikisiki has an alarming number of overage learners - 135 pupils between the ages of 20-25.
News
4 years ago

More than 300 young school girls in uMhlathuze, KZN's northern coast have suffered sexual abuse at the hands of family members.
News
4 years ago
Next Article