OR Tambo airport route unaffected by taxi strike‚ so far 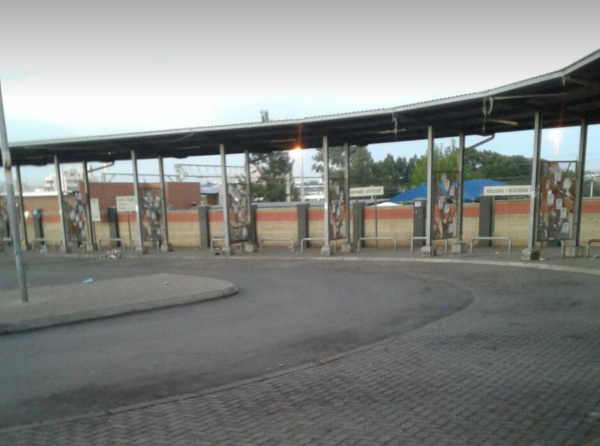 @mabaso_xichavo posted this picture on Twitter and wrote, "This is how kempton park looks like today..no work"

Motorists say traffic is free flowing on the highway near Johannesburg's OR Tambo International Airport on Tuesday morning‚ ahead of a planned taxi motorcade on the route as the minibus transport industry's umbrella organisation embarks on a protest.

A visible police presence is on the roads‚ as Santaco plans a motorcade from Germiston to the City of Ekurhuleni council chambers.

It was a cruise to OR Tambo int. It is good to see Police visibility.

The city advised overnight that there would be no Harambee bus service today due to the taxi industry strike.

"The taxi industry in Ekurhuleni has given the City notice that its members will be embarking on a march . . . Due to this anticipated industrial action‚ which will take place throughout Ekurhuleni‚ CoE bus services will be suspended as a precautionary measure for day – following a threat of violence‚" the local authority said. "Commuters are encouraged to seek alternative modes of transport."

Spokesperson Leigh Gunkel-Keuler said the protest action could involve attempts to obstruct the R21 and R24 freeways as well as rail links with the objective of disrupting access to the airport.

“We would advise passengers‚ especially those taking early flights‚ to anticipate delays and leave earlier for the airport than they would under normal circumstances‚” said Gunkel-Keuler.

In the event of blockades‚ Gunkel-Keuler said contingency plans would be activated in order to minimise possible disruption to access to the airport precinct.

The aim of the protest action is to highlight grievances of the Ekurhuleni Taxi Industry (ETI)‚ under the Ekurhuleni leadership of both the South African National Taxi Council (Santaco) and the National Taxi Alliance (NTA)‚ against the Ekurhuleni Metropolitan Municipality. The groups plan to protest what they say are delays in the roll-out of the Harambee Bus Rapid Transport System.

Teen battling to cope after rape, robbery by taximen

An 18-year-old woman who says she was raped by a taxi driver is battling to cope with the trauma.
News
4 years ago

Two Johannesburg Metro Police officers have been discharged from hospital after they were allegedly attacked by a taxi driver and his passengers in ...
News
4 years ago

Twenty-eight children crammed into a 16-seater taxi were escorted to school by a traffic officer in Cape Town on Wednesday.
News
4 years ago

A minibus taxi carrying pupils to their first day of school in Umlazi in Durban overturned on Wednesday morning.
News
4 years ago
Next Article